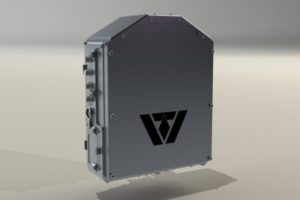 The Windtalker solution detects and locates drones, their pilots, and more, within a range of 35+ kilometers. Windtalker deploys in 30 minutes or less and can gather more than 30 data fields, including serial number, drone location, home location, operator location, flight path, velocity, and altitude. The Dowding system provides a single-pane operating platform that quickly and securely displays and analyzes sUAS activity and creates real-time intelligence reports. Dowding can be deployed and used by operators with minimal training in less than an hour.

“The Washington Post recently called the Ukrainian conflict ‘the first full-scale drone war’ in history,” said Joe Urbaniak, COO of Edgesource. “And I have to agree. Given the capabilities of our Windtalker and Dowding system, we knew early on that we could help — and donating these systems at the outset of the conflict to Ukraine was the right thing to do to protect Ukrainian cities, civilians, and front-line units.”

Edgesource recently announced the launch of EdgesourceX, which will provide counter drone capabilities to commercial companies.  “Many arenas, public safety units, healthcare and critical infrastructure organizations are struggling to manage the risk from unauthorized drones. Edgesource helps these teams to ensure a security advantage,” says the company.

Share
Previous Tech employees earning up to $1 million per year got laid of…
Next Students fly drones, watch robotic dog