AMA: Model Aviation Presents No New Risk, Should Not be Subj…

It’s a tough topic for the drone industry – should recreational flyers be held to the same rules that commercial pilots must follow?  The Academy of Model Aircraft (AMA) doesn’t think so.  In comment to the “UAS Safe and Secure” Announced Notice of Proposed Rulemaking (ANPRM) the AMA has released the following public statement.

In case you missed it – this ANPRM was announced by U.S. Secretary of Transportation Elaine Chao in January, 2019:  The “UAS Safe and Secure ANPRM,” said Chao, “identifies major drone safety and security issues that may pose a threat to other aircraft, to people on the ground or to national security. It solicits for consideration recommendations to reduce these risks as drones are integrated into our national airspace.”  You can read more about the ANPRM and see the draft document here.

The following is an AMA press release.

AMA comments on the Safe and Secure Operations of small UAS, highlighting differences between model aircraft and drones, cost of new rules and importance of voluntary UTM.

MUNCIE, Ind. – The Academy of Model Aeronautics (AMA) today submitted comments to the Federal Aviation Administration (FAA) in response to the Advanced Notice of Proposed Rulemaking (ANPRM) on the Safe and Secure Operations of Small Unmanned Aircraft Systems (sUAS). In its comments, AMA writes that model aviation has introduced no new risk to the airspace, and therefore should not be subject to new rules. AMA also urges the FAA to account for the differences between model aircraft and drones, estimates the cost of potential new rules at about $2 billion and recommends voluntary  UAS Traffic Management (UTM) compliance for the recreational model aviation community.

“Our position is simple: model aviation has introduced no new risk into the airspace, and therefore should not be subject to new regulations,” AMA writes in its comments to the FAA. “We urge the agency to take into consideration the existing safety guidelines for modelers and account for the fact that model aircraft and commercial drones are not the same – the FAA cannot and should not take a one-size-fits-all approach to regulations.”

“AMA members do not need to be included in new rules for drone operators because they already follow AMA’s own proven set of safety guidelines, often at remote fixed flying site locations,” AMA continues. “Our existing safety guidelines work – and there’s no reason to add new rules.”

AMA’s safety code requires all members to operate UAS within visual line of sight of the operator at all times, including first person view flying where a visual observer co-located and in direct communication with the operator can see the aircraft. It also requires AMA members to maintain a 25-foot stand-off distance between the aircraft and individuals. At competitions or events, the stand-off distance is further based on the type of event, aircraft and number of attendees.

In addition, AMA’s comments estimate the cost of potential altitude, airspeed and other performance limitations on the AMA community. “Most AMA members do not have model aircraft with controls for telemetry, radio, etc., and requiring this could result in a cost up to $1,000 per aircraft, as many members would have to purchase new equipment,” writes AMA. “On average, AMA’s 200,000 members own nine aircraft. That means the cost for compliance could reach close to $2 billion for our model aviation community.”

Given the existing safety code that limits AMA member operations to visual line of site and the potential cost of compliance, AMA recommends voluntary compliance with the UTM system for the recreational model aircraft community.

“For our community, participation in UTM should be voluntary, as it would be for manned aviation recreational flights. AMA sees the UTM service as a potential path to achieve remote identification of model aircraft operations without requiring the model aircraft to carry a transmitter to broadcast the aircraft identifier,” writes AMA.

The FAA is accepting comments regarding the ANRPM until April 15, 2019. To view AMA’s full comments, please click here.

The Academy of Model Aeronautics, founded in 1936, serves as the nation’s collective voice for approximately 200,000 modelers in 2,400 clubs in the United States and Puerto Rico. Headquartered in Muncie, Indiana, AMA is a membership organization representing those who fly model aircraft for recreational and educational purposes. For more information, visit www.modelaircraft.org. 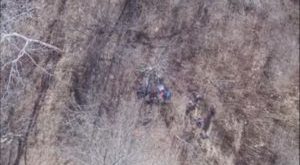 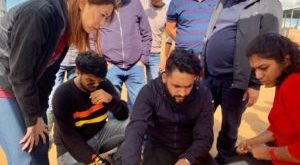