A high-tech camera can save Maine’s blueberries from climate…

Few things are more scenic than a wild blueberry barren full of plump and ripe berries.

But Maine’s iconic berry crop is facing a climate crisis that threatens its future. Scientists earlier this year reported that the Down East region — home to the state’s blueberry barrens — is warming faster than the rest of the state.

Coupled with ongoing drought conditions, that means Maine’s crops — the only commercially harvested wild blueberries in the country — will be smaller and less likely to survive.

A study led by University of Maine graduate student Catherine Chan has found a way to help mitigate that damage. With the help of a drone equipped with a special camera to detect the areas that are most in need of water, researchers are helping growers know when to intervene sooner and save Maine’s beloved crop.

The research team used software Nelson developed with Chan and other students that allows drones and special cameras — called spectrometers — to measure light across dozens or hundreds of more bands of color than an average camera.

“When plants get stressed, they reflect light differently and these [spectroscopy] cameras see hundreds of colors we don’t, so it helps you see the stress,” Nelson said.

The images collected allowed the team to measure reflected light levels not visible to the naked eye. And it turns out that it’s what we can’t see that can provide the earliest signs of damage due to water stress and ongoing climate change.

Because the research was funded in part by a grant from the Maine Economic Improvement fund, Chan said she wanted to look at a crop important to the state’s economy. And that led her to the Wyman blueberry fields.

“When I was talking to Bruce [Hall] at Wyman’s, he told me that drought stress is a big deal for them and really tricky to deal with,” Chan said. “This seemed like a perfect place to use the spectroscopy technology.”

Hall was all in.

“If you walk up to one plant you can say, ‘oh this plant is stressed,’ but that plant may not be indicative of the entire crop,” Hall said. “This allowed us to gain a different perspective on a full crop’s physiology across the entire field.”

The technology the team used, Hall said, allowed them to not only have a vantage point high above the fields, it allowed them to see things they could not even from above. That information will be used to create fine tuned methods to mitigate damage caused by weather and climate change.

“If I can learn at a specific development state if I lack water that cuts my crops in half, that is what I need to know,” Hall said. “Are there techniques other than irrigation to mitigate unpredictable weather that are nuanced and precision driven?”

Understanding how to sustainably manage water resources is crucial to addressing the drought conditions Maine has experienced over the past several years, Chan said.

“Warming and drought exacerbated by climate change have compounded their struggles in recent years, alongside freezing and pathogens,” Chan said. “There has been an increased need for predictive tools, like imaging spectroscopy and models that rely on it, for land conditions to inform mitigation strategies.”

Hall said Chan’s research has set the baseline on which he can formulate those strategies.

“This research provides key learnings to ensure the continued viability of wild blueberry crops for generations to come.”

More articles from the BDN

New technology could save ‘ōhi’a from rapid death 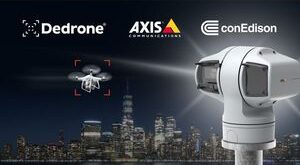