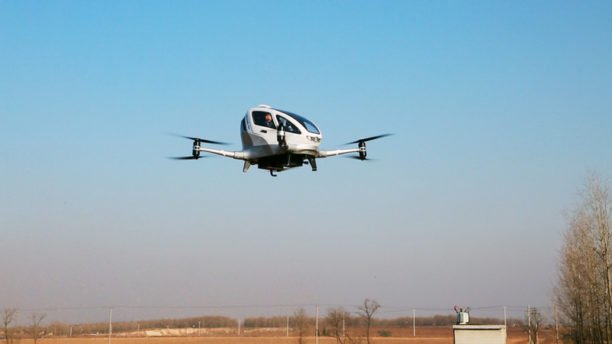 Where Was the Amazing New Drone at CES This Year? Why a Litt…

News and commentary.  A few years ago audiences were wowed by the idea of eHang’s drone taxis.  Last year, Digital Trends prefaced their “The Best Drones We Saw (And Flew) at CES” saying “Every year, drones seem to dominate more and more showfloor space at CES,” and listing new product announcements.  But this year, surprisingly, our inboxes were not overflowing with new press releases and product announcements from the drone industry.  Absolutely, there were some great new products and interesting announcements – just not as many.

The government shutdown meant that Elaine Chao wasn’t there to give her presentation, which was titled “The New Mobility Revolution.”  Hard to know what she would have said, exactly, about drones – but the point is, we got excited about drones and mobility back in 2016, with the drone taxi demo.  At this point, Dubai has had a working drone taxi service up for more than a year and a half, and Amsterdam Drone Week was dominated by discussions of smart mobility and drone-based transportation.

Is the drone industry getting a little boring?

Maybe so – but that’s a good thing.  CES is all about the most cutting edge  – sometimes bleeding edge and more than a bit ahead of its time – technology.  Drones are growing out of the period when companies are introducing something we’ve never seen before, and into the period of greater functionality, scale production and  focused applications.  Amazon is more focused on practicalities and safety than on the wow factor of drone delivery.  New technologies are focused on flight endurance for expanded commercial applications.  Big enterprise players are past announcing their new drone plays and well into 2nd and 3rd generation products: other new projects took the stage at CES.  (Intel, for example, was focused on autonomous vehicles – but mainly the ground-based ones at this year’s show.)

Here at DRONELIFE, we’re not disappointed.  It’s time for the drone industry to move past proof of concept and into industry adoption.  Boredom, after all, is equated with stability: and drone technology reached that point a few years ago.  Far better for the drone industry to move from “newest sensation at CES” to “valuable everyday tool for industry, government and everyone else.”

Share
Previous As the popularity of drones explodes, so does risks to airpl…
Next Drone Industry Rallies With Aviation Stakeholders to End Gov…