On a sunny October afternoon, in a deserted Edina, Minnesota, park, a black drone the size of a dinner plate takes off from the grass and zooms across the expanse. It roars like a mechanical mosquito. Or a high-pitched blender possessed by the devil.

At rest, the X-shaped craft, with a propeller on each arm, looks like a very cool toy. But as the drone accelerates — 0 to 90 mph in a second — then loops, flips and dives, it’s reassuring to know it’s in the hands of someone with FAA certification.

Chris Spangler, who grew up around the corner and now lives in Bloomington, controls the drone with a small radio like those used for remote-control vehicles. The 28-year-old has tattoos on his arms, a small silver nose ring, thick plugs in his pierced ears, and a bushy brown beard trimmed to the shirt collar. His fit, compact build suggests that if he couldn’t beat you in a footrace, he would surely humiliate you on a skateboard. Wearing a pair of opaque goggles makes him look like an android, as he stands in the grass, motionless except for his thumbs.

When Spangler dons his red and white jersey, with his racing name “Phluxy” emblazoned on the chest, he transforms into one of 12 elite pilots competing in the Drone Racing League (DRL), the dominant professional circuit. DRL, launched in 2016, hosts drone races at stadiums around the country and then broadcasts them on NBC and Twitter — a recent race at St. Paul’s Allianz Field will air Nov. 7.

Spangler, who quit his job in IT to race full time, earns $75,000 a year from DRL, along with a certain niche celebrity. Three years ago, when he started flying drones, he didn’t know an experience that feels like being “Luke Skywalker flying through the Death Star,” as he puts it, could be his dream job — a “perfect storm” of his interests in all things techie, mechanical and adrenaline-inducing.

Drone racing is a sort of real-life video game that merges the virtual and physical worlds. And if the recent rise of esports, or competitive video gaming, is any indication, there’s a large audience interested in watching technology-enabled competitors exert their minds and their fingers.

Professional drone racing has already started to tap that potential: DRL’s 2019 season debut drew nearly 500,000 viewers on TV and more than 6 million on Twitter. But earning a berth in the entertainment world’s big leagues hinges on getting more people to watch. And a lot of that has to do with the charisma of pilots like Phluxy.

Organized drone racing is less than a decade old, and has come a long way since ragtag groups of guys (the activity is heavily male-dominated) gathered in fields to fly through courses marked with something as unsophisticated as balloons.

Casual races in forests or old warehouses quickly led to structured leagues hosting competitions around the globe. By 2016, pilots gathered in Dubai for the World Drone Prix, to fly through an elaborate, custom-built aerial track, competing for a million-dollar purse.

While drones are used for all sorts of applications — military strikes, aerial photography, inspecting crops and pipelines — major strides in first-person view (FPV) technology have enabled racing them for sport. Instead of flying by direct observation, as with remote-control airplanes, FPV goggles allow for more precise maneuvering and enabled proficient gamers such as Spangler to more easily transfer their skills from video game controller to radio transmitter.

When he was a middle-schooler, Spangler lived with his dad in Los Angeles and spent long hours with friends at a LAN gaming center (a room stuffed with computer terminals, designed for simultaneous multiplayer video gaming). In high school, he moved on to competitive paintball, working his way up to the area’s highest amateur division.

During a six-year stint in the Army, stationed in Georgia and Germany, Spangler participated in a few video game tournaments, where finalists compete on a platform as the crowd watches a display of their screens. He found he hadn’t lost his enthusiasm for it.

“I like to compete against other people,” he said. “I like seeing people up on the stage, you know, getting crazy and hyped up over video games. I don’t know, it’s weird, I love it.”

In 2016, trying to figure out his post-Army life, Spangler moved back to the Twin Cities and started taking photography and videography classes. Researching photography drones, he came across YouTube footage of drone pilots doing acrobatic tricks and flips. “It sparked this extreme sport, video game kid thing,” he said.

He didn’t want to wreck a bunch of equipment as he learned to fly, so he bought a radio controller and hooked it up to a computer simulator, similar to those for airplane pilots. After a few weeks of building his skills virtually, he flew his first real drone. Shortly thereafter, he decided to attend a race of Twin Cities drone pilots — whom he proceeded to trounce.

“I smoked all the local guys at my first race, and it was like, ‘Wow, this is kind of weird. Like, is this something I’m actually good at, or do these guys suck? I could be good at this if I really pushed harder.’?”

That winter, “I just started grinding,” Spangler said, referring to the hours upon hours he spent flying the simulator. He’d come home from work and play until late in the evening. When the weather improved, he flew his drone outside.

Racing well, Spangler found, hinged on mastering the balance between taking “tight lines” (the shortest, most efficient path through the course) at high speed, without going so fast that his drone crashed. He focused on developing muscle memory, the way a golfer or tennis player might, and interrupting his sessions to see how quickly he could get back “in the zone.”

“If you haven’t touched the sticks for an hour or two or however long, it’s not so easy to fly,” he explained. “Consistency was something that I worked on because the speed was there. The speed was not really an issue because as soon as I learned how to really control the drones, I’ve been full-throttle.”

Last February, Spangler tested his simulator skills at the HyperX eSports Arena in Las Vegas, simultaneously flying beside his competitors at rows of computer terminals. After besting them all, Spangler hoisted a golden drone trophy into the air and signed a one-year contract with DRL.

Nicholas Horbaczewski, DRL’s founder and CEO, watched his first drone race five years ago, in a field behind a Home Depot in Long Island. The setup was crude, with unreliable homemade drones. But its “Star Wars”-like moments inspired him to bring it to a mainstream audience.

Horbaczewski had been an exec with Tough Mudder, the mud-running race series, so he had experience turning a niche hobby into a massive worldwide event. He felt fans would be drawn to racing that paired a video game aesthetic with a real-life course.

“It gives them a different sports experience than either just physical sports, where it’s just about superhuman capability, or video games, which are sort of a completely simulated environment,” he said. “We’re somewhere in the middle.”

Those who know the word “twitch” only as a jerky motion, and not the gamers’ favorite video-streaming platform, may not realize how far video games have come since the days of playing pingpong with a pixel. Games now immerse players in hyper-detailed, three-dimensional worlds, fueling their popularity. A recent poll found about 60% of 14- to 21-year-olds played video games — and that roughly an equal number watched videos of other people playing video games.

There are now college athletic scholarships for video gamers. Tournaments attract blue-chip sponsors. Gaming competitions in Asia have drawn 100 million unique viewers online, roughly the viewership of the last few Super Bowls. Considering that esports are a billion-dollar business, there should be a substantial market for drone racing, if leagues can make their competitions feel as exciting for spectators as they are for pilots.

As dusk descended on Allianz Field, the DRL pilots lined up their identical quadcopters on pedestals. At the sound of a mechanical “beep,” the drones took to the skies; the colorful X’s (LEDs help identify whose craft is whose) looked tiny against the stadium backdrop, as they maneuvered through gates spaced throughout the course.

A group of invite-only spectators watched from the stands, behind protective netting (so far DRL has only hosted one live public race). When the drones raced past, the crowd reflexively cheered.

Spectators could also watch displays of the pilots’ drone’s-eye-view video, at the risk of triggering motion sickness as the crafts pitched around corners. During each two-lap, minute-long race, there was usually at least one crash, quieter and far less spectacular than its motor sport equivalent: a jarring “thwack” as the drone smacked a gate, and then clattered to the floor.

The pilots, fortunately, weren’t putting life or limb at risk. Just their egos. Spangler sat alongside his goggle-clad, stone-faced rivals, in a line of black thrones. When the race ended, the pilots stripped off their eyewear and sometimes cursed or cheered, depending on the result.

Before the race, Spangler called racing “90% mental” and talked about his aspirations to become one with the drone: “You want it to be like an extension of your body,” he said.

Although the pilots may be mentally “one” with their crafts, the distance between the two puts drone racing at a disadvantage when it comes to audience appeal. Spectators naturally feel more connection to a human competitor than his machine. (NASCAR fans root for the driver, not the car.)

Esports are trying to do the same. Would the world’s most popular YouTuber, a Swedish video gamer who goes by PewDiePie, have attracted 100 million subscribers without his comedic play-by-play commentary?

The key to growing an audience is relatability, said Marty Wetherall, co-founder and CEO of Hydra FPV, a Twin Cities tech startup focused on drone-racing entertainment. At the mini-drone races his group has hosted at local bars and restaurants, they’ve found inviting spectators to predict the results makes them feel more invested in the competitors.

Youth racing leagues, like the one Hydra FPV created (Spangler serves as a mentor), lure kids into learning STEM skills and cultivate an audience for the pros. “Just like soccer grew a fan base and lacrosse is now growing a fan base,” Wetherall explained. “Now kids are playing these sports, and parents and family members are getting into it.” 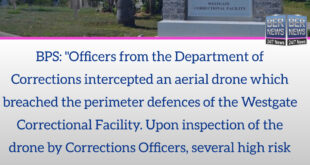 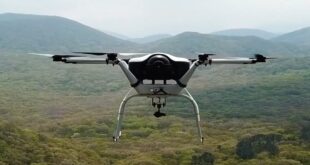