Unmanned systems are changing the way wars are fought. Its optimised utilisation can tilt the scales in favour of an army, as was displayed in the Armenia- Azerbaijan War. A not-so-technologically progressive force and even a terror group can target high-value economic objectives, as we witnessed in the attack on Aramco oil facilities in Saudi Arabia. The article explains the current status of various UAS and what the next generation of such systems could provide those with the superior technology in these fields.

Unmanned Autonomous Systems (UAS) made a foray into our lives with the advent of robots during the second industrial revolution and have since proliferated into industrial smart additive manufacturing, logistics and supply chains, hazardous operations, nuclear power plants and precision surgery. Digital transformation, nanotech, and miniaturisation gave a new lease to innovation. Today, UAS have made massive forays into ground-based systems, aerial platforms with outer space applications, and sea-based and underwater-based systems.

Unmanned Ground Systems, Unmanned Ships and Unmanned Aerial Autonomous Systems or drones have disrupted every industry and, most impactfully, in defence applications. The Armenian-Azerbaijan War, the Russo-Ukraine War, the Aramco of Saudi Arabia, and Jammu Airfield have been in the news lately for the right reasons – these have demonstrated the combat capabilities of “seek and strike” with precision, both singularly and as a swarm, which has disrupted the tactical battle areas in an unequal man – unmanned combat.

Together, the drones and their twin unmanned ground-based systems or robots have revolutionised supply chain, logistics support, robot-based smart manufacturing, and surgery, among other commercial applications, and disrupted military affairs – the more important lesson is that UAS have arrived and are their to stay.

Consider a contingency of an unmanned system in a seeker shooter mode, totally autonomous, with a swarm of aerial and ground-based vectors planning an operation in the hinterland.  The future operations are going to be a manifestation of human fantasy, definition, and design – anytime, anywhere. Over the past decade, technology has given shape to an age-old product adage, ‘whatever can be defined can be designed’, albeit in a shorter timeframe, both in intent, context, and content, given the unprecedented technological disruption.

This UAS manifestation of the technology outreach, whether obtrusively or unobtrusively, conventional or unconventional, by kinetic and non-kinetic means, 3D printed or on an assembly line, deployed by state forces or non-state actors, will remain instruments for quick deployment.

Powered by digital transformation, the UAS-based technology world order is defined by the robotic digital warrior, popularly known as humanoid, and niche disruptive technologies which impact the entire bandwidth of military activities, be its information gathering, intelligence, recce, surveillance, defensive and offensive operations transcending space, time and endurance, logistics and supply chain, decision support, control of resources both for defensive and offensive operations. Further, the spectrum of conflict has enhanced from land, sea, and air to cyber, space, psychological (Informational/misinformation) and hybrid. In an overall analysis, disruptive technologies, with or without the man in the loop, enhance the OODA loop’s velocity as the driver of decisive proactive actions while suffering minimal human casualties. The Disruption in Military Affairs has ushered an era with the concept that “Victory is measured by Digital Unmanned Footprint” for all of us who would still like to believe that “Victory is measured by the Foot”.

Though by non-state actors, Yemen’s Iran-backed Houthi rebels attacked Aramco Refinery in the Saudi Arabian capital on 12 April 21 (and earlier on 14 September 2019), using bombs and missiles laden drones, is an offensive act on the Kingdom’s energy and security installations. These drones reportedly flew more than 500 km in autonomous mode and precisely hit their targets.

But an apt example of a decisive war through technology is the Armenian-Azerbaijan War. It is, in effect, the first war in the history of modern warfare that has been won almost entirely on the strength of drone warfare. The war between Armenia and Azerbaijan started over the disputed Nagorno-Karabakh Region. While Armenia only fought with tanks, artillery and air defence systems, Azerbaijan relied heavily on UAAS (drones), specifically the Turkish-made ‘Bayraktar TB2’ and the Israeli-made ‘Kamikaze’ drones. The two drones carried bombs of up to 55 kg and 15 kg, respectively. They proved very useful regarding precise targeting of missile batteries, air defence radars and all equipment that emits radiation or has a sizeable radar or thermal signature.

Drones have been deployed extensively by both Russia and Ukraine to locate targets, direct and guide artillery fire on them and deploy Kamikaze drones. These drones have been targeting ammunition dumps, logistics installations and ships, though the effect and impact have been localised. Ukraine has been using US Switchblade kamikaze drones, Turkish Bayraktar TB2 and those supplied by other allies. These have been attacking Russian military bases in Crimea, on Russian Black Sea fleet ships at harbour and air bases in Sevastopol. Russian Forces have been deploying Orlan 10 drones for target tracking in-depth areas and bringing down effective gunfire.

AI platforms are being used to configure ground-based unmanned systems (robots), unmanned aerial systems and both sea-based and underwater/submersible unmanned systems and hybrid systems like ground and aerial swarms and loiter ammunitions. These technologies are game changers in future warfare and a paradigm shift from automation (business intelligence) to autonomous systems, graduating from LAWS.

Driven by nanotechnology, a new manifestation of UAS is palm top drones, like Black Hornet, and more importantly, ORNITHOPTERS, virtual birds that could be deployed in seeker shooter mode. This is the next threat we need to prepare for a swarm of quadcopters/Hexa or octocopters/mini helicopters/fixed wing UAAS or flock of ornithopters deployed in military operations in rear areas on sensitive installations and commanders as targets.

In sync with the unmanned aerial arm is the unmanned ground systems (UGS), including robot mules powered by fuel engines/electric power/solar power/hybrid and robot humanoids which could work in isolation or synergy for effect. These systems could be a special combat force with a spectrum of combat abilities ranging from dummies to sleeper cells, depicting diversionary threats or augmenting the main and subsidiary thrust lines.

UAS has a vast utility bandwidth in enhancing the quality of life. Aerial and ground-based unmanned autonomous systems can work in the supply chain and transportation of logistics, air taxis, air ambulances, precision agriculture, diagnostics and repair of equipment, smart manufacturing, critical medical surgeries requiring precision through robots, hazardous areas – sewage system maintenance to nuclear-powered systems, etc. Given the 5G spectrum, the speed of communication that can facilitate remote surgeries in real time is a future reality. A number of policies and UAS governance strategies on the employment and deployment of unmanned autonomous systems, including drones, are being put into effect. The road highway space is finite, but the aerial highways and safe lanes are not only a future choice but also a compulsion.

A consortium approach to attempt the proliferation of UAS and anti-UAS technologies is the need of the hour. Besides military use, these technologies have extensive applications in logistics, supply chain and optimum use of air space for moving humans and material.  UAS have massive bandwidth for dual use. There is a global awareness and need. Aatmanirbhar Bharat and ‘Make in India Missions’ need to specialise and strategise use cases – prototype, mass produce and proliferate for military and civil use. The industry needs to scale up to the enormous demand and immense export potential.

The Unmanned Autonomous Systems are there to stay, deploy, deter, dissuade, destroy and disrupt. There is a school which professes that military drones are the poor man’s fighter aircraft and, as a swarm, could prove to be as lethal, if not more. This thought is gaining traction given the high spectrum of technologies packed in a small space at a low acquisition cost with little training and high mission combat effectiveness. These have been deployed in tactical battle areas as an eye in the sky for beyond visual range recce and strike in a seek and respond (shooter) autonomous mode. It is necessary to analyse and prepare for this threat with all its contingencies. IAS and anti-UAS are no longer a choice. It is a compulsion for future combat readiness and operational effectiveness –conventional, unconventional, hybrid or technology sovereignty, Aatmanirbhar Bharat, Make in India, Start-Up India, innovative leadership or economic development.

(Disclaimer: The views and opinions expressed in this article are those of the author and do not necessarily reflect the official policy or position of BharatShakti.in) 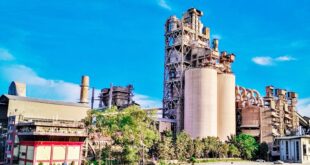 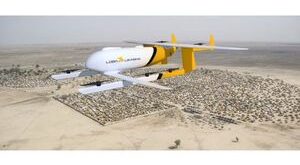 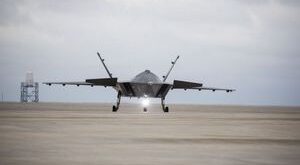