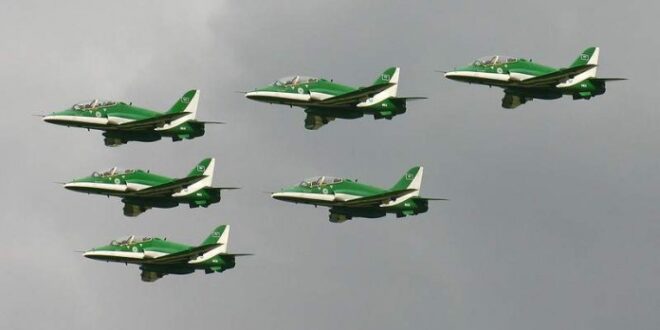 The Real Deal: UAE to Get US Made F-35s, Drones, in Exchange…

According to Israeli media, citing American and Emirati sources, the UAE ruler was persuaded to make his historic move by a multi-billion dollar arms deal with the US, which includes F-35s, the most advanced unmanned aerial vehicles (UAVs) and other systems. That US-UEA deal had been frozen due to Israeli opposition. Now the administration is about to thaw it with Israel’s approval.

On Sunday, former US ambassador to Israel Dan Shapiro told Army Radio that part of the UAE’s expectations from the peace deal with Israel was to receive technology it had been refused in the past (It Gets Worse: Abbas’s Nemesis In on Peace Deal, UAE Demanding Advanced Weapons).

According to Amb. Shapiro, the UAE was deeply offended by the Mossad’s assassination in UAE territory of Mahmoud Abdel Rauf al-Mabhouh, the chief of logistics and weapons procurement for Hamas’s military wing, the Izz ad-Din al-Qassam Brigades, and as part of the reconciliation efforts Israel agreed to deliver to the Emirates the military technology it so desired.

Ynet reported on Tuesday morning that the Prime Minister’s Office responded to an inquiry whether Israel had been asked during the negotiations to remove its opposition to the arms deal and whether it had complied with the request, and responded: “In the talks, Israel did not change its positions against the sale of equality-breaking weapons and advanced security technologies to any country in the Middle East.”

This has been a longstanding fundamental strategy that insists the IDF must possess military equipment and technology that is superior to all the other powers in the region, but there have been certain exceptions, and in particular, the UAE.

In 1994, Prime Minister Yitzchak Rabin decided to not object to the sale of advanced F-16s by the US to the UAE, after secret meetings were held between Israel and the UAE.

Since the 1973 Yom Kippur War, Congress—on both sides of the aisle—has supported a virtual embargo on advanced arms sales to Middle Easy countries, an embargo which requires Israel’s approval for any such deal. Congress stood up to President Trump, too, when he promised Saudi Arabia and the Gulf States advanced weapons on his trip there.

According to Haaretz, however, the main beneficiary from removing the restraints on the sales of advanced weapons to the UAE is not the US but Israel.

Hagai Amit reported Tuesday morning that sources in Israel’s defense industry were jumping with joy at the opportunity to offset the loss of sales under the global pandemic, and saying the emirates would make an ideal weapons buyer, combining deep pockets and an authoritarian regime that can make quick decisions on arms purchases.

Yossi Melman reported in Haaretz Monday night that hundreds of Israeli arms dealers and cyber experts have been entering the UAE for years, promoting projects worth billions of dollars, mostly in intelligence, security and cyberwarfare. These business reps are former Mossad, Shin Bet, and IDF brass who advise the Emirates on how to protect the palaces, hotels and public institutions from the usual suspects: Iranians, Hezbollah, and, of course, Palestinians.

The current deal with the UEA is also being formulated without the much of the defense establishment’s involvement. Netanyahu is riding the back of a tiger with his solo decision making on vital Israeli security concerns: there are plenty of “third countries” in the Middle East eager to update their arsenals, most notably Saudi Arabia – and stand assured, the Kingdom will condition any move towards normalization on the removal of Congress’s embargo on the most advanced US weapons systems.

And now on top of that are the repeated claims by Jared Kushner and the White House that Netanyahu has made some key decisions with regards to a “Palestinian” state, a decision Netanyahu has not yet shared with the rest of the country.