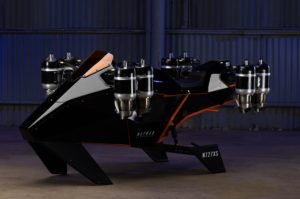 The P2 Speeder vertical takeoff and landing (VTOL) vehicle garnered a great deal of interest from Summit attendees, including host Tim Draper, with many taking a seat on the prototype for a glimpse into the future of flight.

Roughly the size of a motorbike, the P2 Speeder prototype features eight jet engines. The final version of the aircraft is being designed to lift up to 1000 lbs and reach a range of 400 miles, as well as hit speeds of more than 500 mph while in unpiloted cargo mode. The P2 Speeder is Mayman Aerospace’s third full scale prototype, and is set to start carrying out initial remote controlled test flights in Q3 2022, with piloted tests expected to come near the end of Q4. Mayman Aerospace is working closely with the FAA towards flight certification. 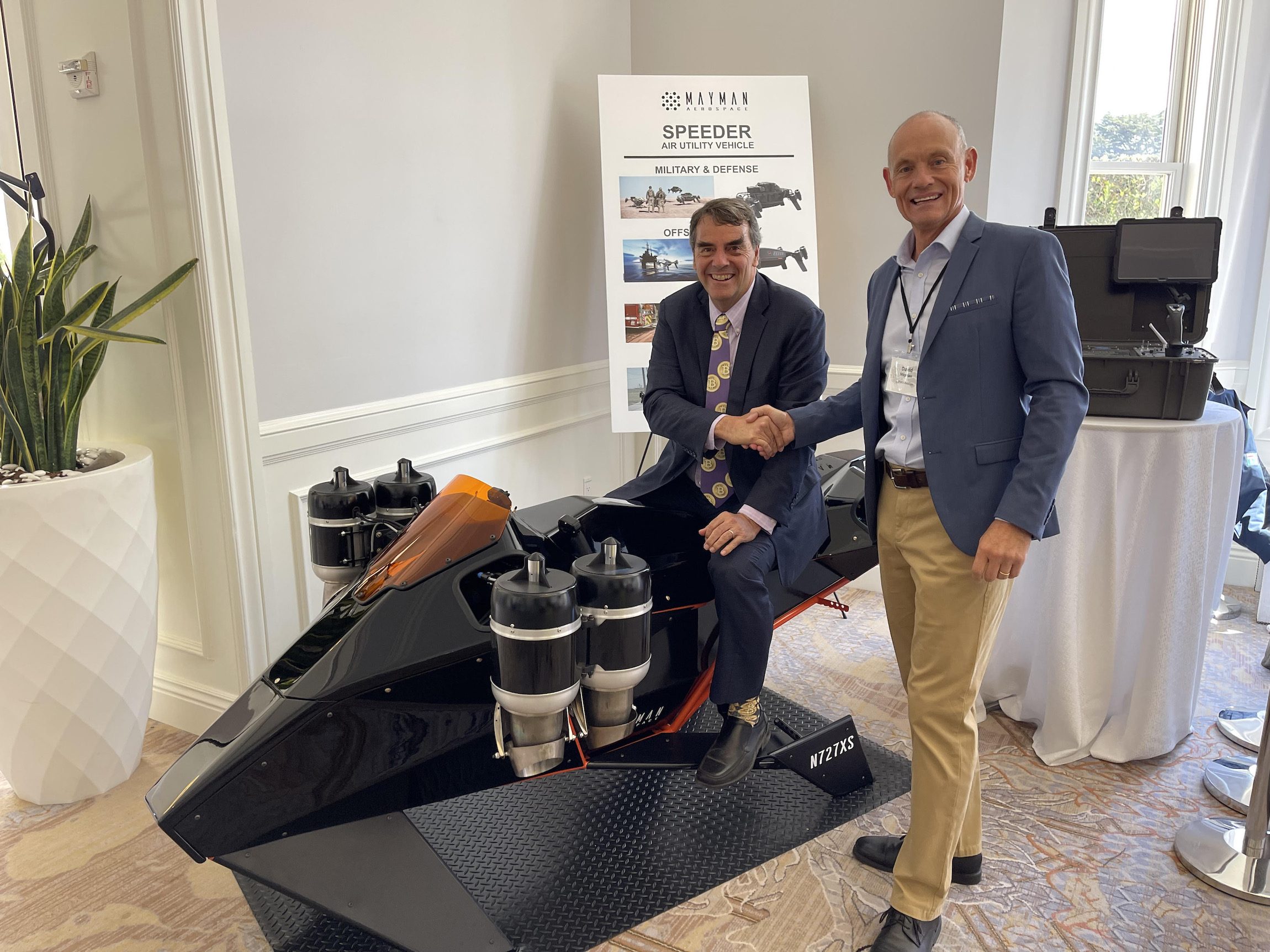 Following the certification process, Speeder aircraft will give riders the ability to take flight with the press of a button. The Speeder AUV is optimized for flight efficiency and ultra-safe system redundancy, featuring a proprietary onboard computer system that will rebalance engine thrust in response to an engine anomaly.

The Speeder offers more speed and power than electric drones and eVTOLs, while at the same time offering a more compact and affordable solution than aircraft such as helicopters. In addition, the aircraft is powered by regular, Zero Net Carbon or Sustainable Aviation Fuel (SAF), and is able to be produced at scale over a short period of time.

Mayman Aerospace is in talks with potential customers in a variety of fields, such as national defense, critical cargo, wildland firefighting and disaster relief, and is accepting letters of intent from qualified non-retail customers.

“The Speeder AUV is a total game changer. It is one of the most exciting, industry disrupting technologies we’ve seen and we were thrilled to provide this platform for its first public unveiling,” said primary investor Tim Draper. “We believe Speeder is the future of VTOL flight and I’m personally looking forward to flying one myself.”

“Working with Tim Draper is a great honor and pleasure,” said CEO David Mayman. “Tim’s guidance, vision and wisdom makes him an essential member of the Speeder Team.”