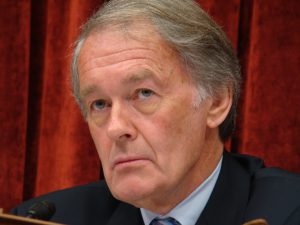 Senator Ed Markey (D-MA) submitted the Drone Aircraft Privacy and Transparency Act of 2017 on March 15, creating a major layer of obstacles for drone integration and drone companies. Today, the Commercial Drone Alliance got here out in opposition to the Act, which the Alliance says will create a major  administrative burden for drone companies whereas really reducing drone security.

The Act is a response to fears from outdoors the business that drone expertise might “enable invasive and pervasive surveillance,” in keeping with the Act’s textual content.  Among different necessities, the Act calls for the submission of detailed knowledge assortment and minimization statements in addition to the creation of a publicly searchable database figuring out business operators and together with these statements.

Lisa Ellman, co-executive director of the Commercial Drone Alliance, says that it might be too early for lawmakers to handle the difficulty moderately.  “Part 107 only just broadly authorized commercial drone operation in August of last year,” Ellman tells DRONELIFE. “We are still in the infancy of this new and exciting industry; it’s not clear at all right now that new privacy rules are necessary, especially where they are duplicative of technology-neutral rules that already exist.”

In an in depth assertion of opposition to the Act, the Alliance says that making use of legal guidelines particularly to drones is the unsuitable method: “The Drone Aircraft Privacy and Transparency Act would create an additional layer of regulation that departs significantly from our existing technology-neutral standards,” states the Alliance. “Instead, we should apply our existing laws to protect the public, which courts have done for similar advances in photography-related technologies for decades.”

In addition, the Commercial Drone Alliance expressed concern that the laws will create “significant operational barriers and competition issues for even basic UAS flights.”

“The legislation requires operators to make publicly available, via the Federal Aviation Administration, listings of their future operations, such as where, when, and for what purpose the drone is flying,” stated Michael Latiner, chief technique officer, Uplift Data Partners. “This requirement removes the discretion of the operator on the ground to determine the safest and most efficient flight paths, and will be incredibly onerous for operators of all sizes.”

“The legislation also requires the disclosure of the technical capabilities of the drone and the types of cameras and payloads an operator is using,” says the Alliance assertion. “If enacted, the bill would thus require the release of sensitive business information regardless of whether a UAS flight creates any privacy concern. ”

“The integration of drones into our National Airspace will save countless lives and have a significant economic impact here in the United States,” stated Gretchen West, Co-executive Director, Commercial Drone Alliance. “Adding more regulations or special permissions to operate drones would further stifle the benefits of their use and may lead companies to shift business overseas.”

“To the extent the bill’s authors would like to see new drone privacy standards, an immediate option would be to support the voluntary best practices,” stated Lisa Ellman, referring to one of the best practices paperwork revealed final May. “These were agreed to by many members of industry and civil society last year as part of the National Telecommunications and Information Agency’s (NTIA) multi-stakeholder process on UAS privacy, transparency, and accountability.”

The Alliance additionally factors out that the necessities might have the unintended consequence of jeopardizing First Amendment rights:  “By potentially requiring journalists to provide prior notice of the specific locations where UAS will be deployed, the bill creates a set of requirements that jeopardize journalists’ First Amendment rights. As one court has said, “On the public street, or in any other public place, the plaintiff has no right to be alone; and it is no invasion…to take his photograph in such a place, since this amounts to nothing more than making a record…of a public sight which anyone would be free to see.” Mark v. Seattle Times, 96 Wash. second 473, 497 (1981),” says the assertion. “Even though the bill creates some protections for First Amendment activities, where the bill’s protections extend is unclear, creating significant uncertainty for journalists that will curtail legitimate First Amendment activities.”

The Commercial Drone Alliance is an unbiased 501c6 non-profit led by the business drone business.

Miriam McNabb is the CEO of JobForDrones, knowledgeable drone providers market, and a fascinated observer of the rising drone business and the regulatory setting for drones. She writes for DRONELIFE on present information, monetary developments, and FAA rules. Miriam has a level from the University of Chicago and over 20 years of expertise in excessive tech gross sales and advertising for new applied sciences.
Email Miriam
TWITTER:@spaldingbarker
Share
Previous Atlanta Airport Tasks Drones for Survey Missions
Next 7 Consumer Drone Companies to Watch in 2017