Safe50: Near Earth and NASA Take a Step Towards BVLOS Flight

Near Earth Autonomy has won a NASA Small Business Innovation Research (SBIR) award to develop Safe50, a software module for drones to guide them safely through the first and last 50 feet of the take-off and landing phases.

The software is designed to allow safe drone operation in cluttered environments, without the use of GPS.  “The complexity is in the last or the first 50 feet – staying safe in complex environment.  This is also the place where GPS doesn’t work very well,” Near Earth’s CEO and co-founder, Sanjiv Singh, told DRONELIFE.  “Our focus is on keeping the aircraft safe in an environment full of obstacles without relying on GPS or mapping.”

Singh has been working on developing technology for autonomous systems for a number of years; he began exploring the field as a professor at Carnegie Mellon University in 2003, first demonstrating a vehicle navigating cluttered environments in 2005.

The Safe50 project, which will be developed in partnership with NASA’s Ames Research Center in CA, could take NASA and the FAA a step closer to allowing beyond visual line of sight (BVLOS) flight.  “Most of the things that we’re thinking about have to do with flying completely out of sight,” says Singh, pointing out that there are some hurdles to overcome before regulators are willing to allow BVLOS flight.  “The FAA wants 3 things: the vehicle should be able to survive loss of radio link; if there is something in its way it needs to avoid it; and if GPS goes out, it should still be able to function.”

While Singh points out that drone delivery is only one of many potential applications for the technology, it is one of the more easily recognizable: both proponents and detractors of the concept have pointed out that the primary difficulties in implementing drone delivery lie in the first and last 50 feet of the process.  “Safe50 will accurately guide the UAS from take-off to landing in a fully autonomous manner, outside of the operator’s visual line-of-sight, without a direct link with a base station, and with intermittent GPS reception,” the company says.

“By working with NASA to enable safe take-off and landing for UAS in urban and cluttered locations, even in degraded conditions, Near Earth is taking a big step in developing the systems required for ubiquitous operation of UAS in the National Air Space,” comments Singh. “This is imperative to unlock the almost unlimited potential of UAS in all manner of commercial applications.”

The NASA SBIR award adds to Near Earth’s existing government relationships in developing new technologies: Near Earth currently works with the Office of Navy Research to develop sensor suites and perception software, and is the prime contractor on the DARPA-sponsored Miniature Optical Guidance and Navigation program, developing guidance and navigation systems for small and mid-size aerial vehicles. 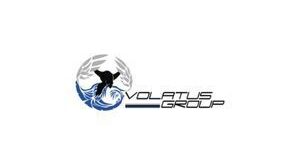 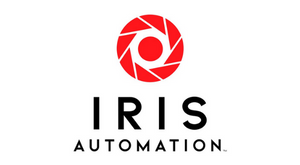