Jason Dunion, an associate scientist at the University of Miami’s Cooperative Institute for Marine and Atmospheric Studies, is leading a 2022 hurricane field program that will test new aerial drones capable of flying at altitudes deemed unsafe for Hurricane Hunters and other reconnaissance aircraft.


As a little boy, Jason Dunion would attach the portable weather station he received for his eighth birthday to the front door of his New England home, taking temperature and humidity readings and recording his own broadcasts of storms affecting his community.

Today, as a scientist at the University of Miami’s Cooperative Institute for Marine and Atmospheric Studies (CIMAS), Dunion is still measuring the dynamics of storms. But the instruments he now employs to study them are quantum leaps above his childhood weather station.

From powerful radar systems that provide detailed data on winds near the eyewall of tropical cyclones to drones that fly as low as 100 feet above the ocean surface providing information on the critical air-sea interface, Dunion makes use of a multitude of high-tech devices to help scientists answer some of the mysteries of storms.

Those instruments are used onboard Hurricane Hunter aircraft that fly into the heart of storms, acquiring the critical information needed to build reliable forecasts and models. And this year, as part of Dunion’s new role as director of the Hurricane Field Program—a collaboration between CIMAS, which is part of the University’s Rosenstiel School of Marine and Atmospheric Science, and the Hurricane Research Division of the National Oceanic and Atmospheric Administration—he will oversee those flight missions, which use highly modified P-3 Orion aircraft and a high-flying, high-speed Gulfstream IV jet.

Doppler radar is a lynchpin on those flights. “What we know the least about is the inner core of storms because most satellites can’t see through that cirrus cloud canopy at the top,” Dunion explained. “But Doppler gives us an X-ray shot of what storm winds look like in the core, all the way from almost the ocean surface to the very top of the storm system, as high as 50,000 feet.”

The radar’s clarity has helped take the guesswork out of storm forecasting, making a multitude of models better at predicting storm intensity. “It’s been a real game changer,” Dunion said.

He has flown on about 60 Hurricane Hunter missions, flying directly into storms like Dorian, Irma, and Sally—eight-hour sorties he describes as intense roller-coasters.

“The eye wall, which is just outside the eye, has the nastiest weather and the highest cloud tops. And that’s usually where you’re going to see the strongest winds,” said Dunion, noting that scientists aboard those flights can experience as many as four G-forces, which is greater than what astronauts endured on NASA Space Shuttle launches.

“We’re strapped in, and we can lose or gain altitude of a few hundred feet in just a matter of seconds. And at the same time, we’re working with the radar and deploying dropsondes [devices],” Dunion continued. “But just inside that powerful wind field is the eye of the hurricane, where it’s amazingly calm. You can literally unbuckle and get out of your seat.”

Of the dozens of missions on which he has flown, the flight into the teeth of Hurricane Dorian in early September 2019 was the worse.

“When the storm got close to the Bahamas, the conditions got ripe for it to intensify. At the same time, the steering currents broke down, and the forecast was for it to just hover over Grand Bahama,” Dunion said. “We flew into the storm, and at one point, the updraft was around four G’s. I felt like a feather in the wind. It was a powerful Category 5 by the time we got into the eye. The cloud tops were probably up near 50,000 feet, and we’re not going over the top of the storm; we’re plowing through the middle of it.”

While Doppler radar, dropsondes, and other devices will continue to be the stalwarts of hurricane information gathering, other tools like drones are quickly emerging as the next generation of storm reconnaissance. And this summer, Dunion is helping to lead the NOAA field program that will test a new class of aerial remote drones designed to fly at altitudes too perilous for planes: just a few feet above the ocean surface.

Dropsondes, which are deployed from aircraft and stabilized by a small parachute, offer a glimpse of what’s occurring at that level. “But it’s just a snapshot of what we want to know,” Dunion said. “It can be dangerous to fly too low, and we wouldn’t want to fly low into a storm like Dorian. But we can fly a drone at that altitude, near the all-important ocean surface. That’s where all the energy from the ocean is getting transferred to the atmosphere, right at that interface.”

If the testing goes well, the drones will be launched into some of this season’s storms over the Atlantic.

Dunion will also help test a new Light Detection and Ranging (LiDAR) system, one that provides a new way to measure wind speeds. “It’s got tremendous potential,” he revealed. “To measure winds with Doppler radar, you need rain droplets. But a wind LiDAR can measure winds in clear air because it looks at the molecules in the air that are moving. They’ll allow us to know not only about the winds in the inner core but also those on the periphery.”

He will also continue his own area of research: satellite remote sensing of hurricanes, which has led to the development of new instrumentation for monitoring tropical cyclones and Saharan dust storms and predicting the genesis of hurricanes.

“And to just think,” Dunion said. “It [his career] all started with that little weather station that I got as a birthday present.” 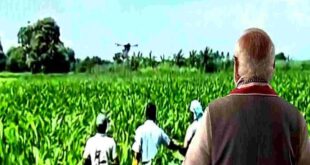