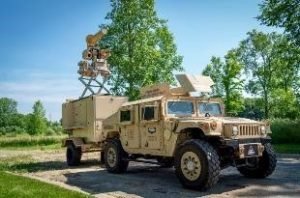 The platform can detect and neutralize RF controlled and silent flight drones during mobile operation as well as transiting from on-the-move to static in less than two minutes.

According to a Liteye spokesperson, T-AUDS integrates with Citadel’s Titan 3 radio frequency detection and the company’s regular AUDs model for “enhanced detection, identification, and defeat methods across the full [counter-drone] mission.”

“We are pleased to be working with Citadel and believe the combination of sensors and effectors, especially when integrated into higher level C2 system like MEDUSA,  provide the most comprehensive on-the-move and fixed site protection capability against UAS threats available today” said Ryan Hurt, Vice President of Business Development.

“The Liteye AUDS system is multi-domain and multi-mission.  Using this system, operators can detect more than just small UAS, they can positively [identify] air and ground targets, classify and track their RF signature, pass this positively identified target data to other weapon systems, C2 systems or simply defeat or deny the target with an on-board electronic attack capability.”

Earlier this year, Liteye won a $10-million contract to deliver the AUDS platform to an unnamed U.S. government agency.

In 2017, the company teamed up with Tribalco, a “mission-critical” IT/telecommunications service provider, to deliver AUDS to unspecified U.S. military agencies.

The exploding counter-drone industry could top almost $2 billion by 2024. As drone use grows, many public agencies and companies are seeking anti-drone solutions to stop drones from flying over restricted or unsafe locations such as wildfire zones, nuclear power plants, prisons and airports.