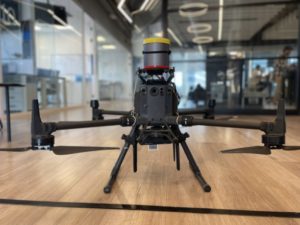 This past October, an experiment saw the Israel Police deploy their first autonomous beyond visual line of sight (BVLOS) drone for command, surveillance and intelligence missions utilizing the FlightOps multi-drone operating system.

A FlyTech drone operated by the FlightOps autonomous system was deployed as a first responder at the Modi’in-Maccabim-Reut station, where it carried out several missions throughout the city of roughly 93,000 residents.

Following the report of a traffic accident, the drone was immediately deployed to the scene, where it arrived before the rescue teams to grant situational awareness to the police control room. In another incident, the drone was dispatched in response the the report of a suspected terrorist, providing aerial infra-red video to the patrol unit to assist in the search. One of the drone’s longest trips reached 6.5 miles. 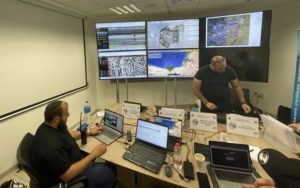 The experiment was carried out by Ayalon Highways, the Civil Aviation Authority, the Innovation Authority and the Smart Transportation Administration as part of the Israeli National Drone Initiative (INDI) with the purpose of testing the operation of a drone as a first responder (DFR) to police hotline calls. The drone was dispatched to the scene to provide real-time field awareness only minutes after receiving a call.

“We are happy and proud to lead the technological breakthrough that enables security and rescue forces to reach any point, even in densely populated areas, in real time, and to receive a complete picture,” said FlightOps CEO Shay Levy. “We have no doubt that the future lies in the low altitude realm and that our technology is a key component that will enable a leap forward in the capability to fly drones autonomously and beyond visual line of sight (BVLOS) in the Israel Police service and in the civilian sector, in general.” 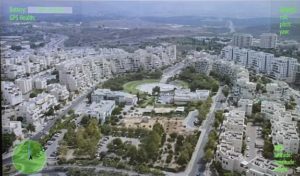 “The experiment proved that from a technological point of view, these flights can be carried out  in an operational environment,” said FlyTech CEO Eliran Oren. “The police forces received a very high-quality video product, with a delay of up to half a second and this is a force multiplier in the field.”

The FlightOps operating system functions by installing software that converts any drone into an autonomous aircraft. Through 5G networks, the converted drone communicates with a cloud-based operation center, enabling automated fleet operation in shared airspace. Hardly limited to first response missions, the operating system can also be used for surveillance and drone deliveries.