How Zipline medical drone saved a patient: A Clinician’s tes…

A Clinician who saved a patient in dire need of emergency drug through the intervention of the Zipline medical drone service has hailed the efficiency of the technology and the service it provides.

Abubakar Awufo, a Clinician, has written about how the medical drone swiftly intervened and saved a patient who was in need of emergency service at Drobonso R.C.H. Clinic in the Sekyere Afram Plains District of the Ashanti Region.

“This afternoon, I received an emergency drug from Zipline drones technology to save a patient in dire need of an emergency service in Drobonso R.C.H Clinic. In fact the whole process took about 25 minutes to deliver. The process was fast and convenient,” the Clinician wrote on his personal facebook page.

The Clinician further wrote that after the patient was saved, both the patient and relatives showered praises on President Nana Akufo-Addo and Vice President Dr. Mahamudu Bawumia for introducing service in Ghana.

However, the service seems to have been embraced by many deprived communities, as it has, since its introduction almost a year ago, delivered life-saving medical reliefs to patients in deprived communities where access to drugs in emergency situations would have been difficult due to poor road network.

Meanwhile, the medical drones are working????????

Abubakar writes;
This afternoon I received an emergency drug from zipline drones technology to save a patient in dire need of an emergency service in Drobonso R.C.H clinic. In fact the whole precess took about 25 minutes to deliver. ???????? pic.twitter.com/yi1zzzap2Z

There are currently two Zipline medical drone zones in Omenako in the Eastern Region and Mampong in the Ashanti Region.

Works are also on-going for the forth and fifth Zipline zones at Kukua near Walewale, in the North East Region and Sefwi Wiawso in the Western North Region.

The Zipline drone is able to travel to about 500 health facilities within an 80-kilometer range in from any of the zones throughout the country to deliver life-saving drugs to patients, especially in deprived communities.

Previous Listen to This! The BBB Bistro Podcast – Consumer Insights o…
Next Is it Time for the Industrial Sector to Embrace Drone Techno… 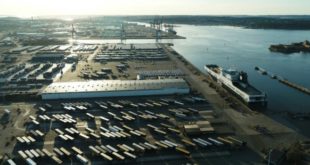 Danish logistics and international shipping giant, DFDS, has been combining drones and AI to streamline … 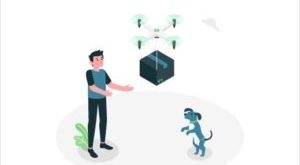