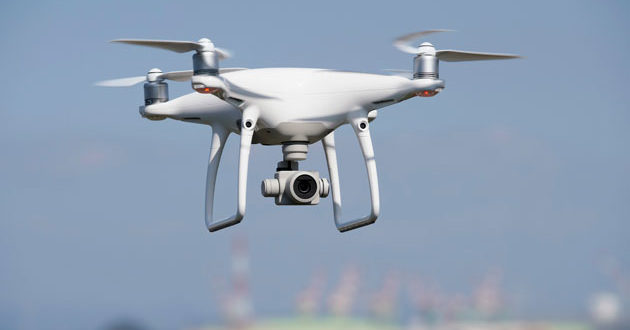 iStock(DENVER) — In the latest bid to solve the question of mysterious drone sightings vexing authorities in northeastern Colorado, a state surveillance airplane loaded with sophisticated cameras and sensors was launched Monday evening.

However, it did not detect any suspicious drone activity Monday despite a five hour-flight over the area besieged by recent reports of drone sightings, officials told ABC News.

The plane took off around 5 p.m. Monday, flying a spaghetti-shaped pattern over northeast Colorado before returning to its base at the Centennial Airport south of Denver, according to FlightRadar.

The search was part of an effort to get answers to a series of reported drone sightings across parts of Colorado and Nebraska since mid-December.

“(Colorado Department of Public Safety) participated in a joint operation last night to investigate the source of the mystery drones; the joint operation found no verification of suspicious drones,” said Colorado Division of Homeland Security and Emergency Management spokeswoman Nicki Trost in an email. “We are actively monitoring reports of suspicious activity and will take action based on the level of activity and information being gathered by the Colorado Information Analysis Center.”

At the same time and in the same area of Monday’s surveillance flight, multiple people were still posting to drone-spotting Facebook groups that they could see one or more of the objects in the air.

“This is sort of a modern version of the UFO hysteria in that people think they see something and all of a sudden everybody thinks they see something,” said retired Col. Steve Ganyard, a former Marine fighter pilot and ABC News consultant. “But they’re really seeing nothing or they’re seeing something that’s eventually going to be easily explained scientifically.”

Multiple government agencies have denied that any of the reported drones belong to them. Ganyard says it is unlikely that the U.S military is flying drones in the area, or attempting to cover up their existence.

“If the military wanted to keep something secret, they have lots of places in the U.S. where they could fly them and no one would ever know,” according to Ganyard.

The airplane launched Monday, known as the multi-mission aircraft, or MMA, is a Pilatus PC-12 turboprop airplane equipped with three cameras that see in color and infrared modes able to see through smoke, but not clouds.

The Colorado Division of Fire Prevention and Control website describes the primary mission of the airplane as wildfire detection, “in addition to providing near real time information to ground forces during initial attack on wildfires.”

Previous From Bikes to Drones and Everything in Between: Delta’s CEO …
Next Bell and Hyundai Soar Into the Air Taxi Race