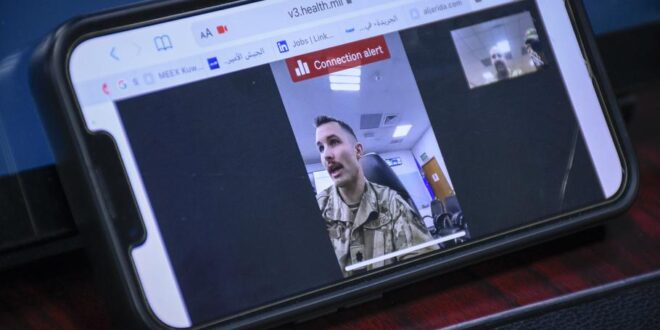 ALI AL SALEM AIR BASE, Kuwait — A new group at this remote desert base wants deployed airmen to pitch ideas that the Air Force can fund and develop.

Task Force 99.M started in October and its projects reflect a range of interests, from effectiveness in the field to the well-being of the force.

Recently, the group took up work to get airmen in the Middle East videoconference access to mental health services.

Even though the program has been used in the U.S. for a year, MHS Video Connect faced cybersecurity concerns before being allowed on the heavily restricted networks used by deployed troops, said Lt. Col. David Tubman, a clinical health psychologist deployed to Kuwait who also chairs the task force.

“It was pretty complicated for us to get this approved,” Tubman said. 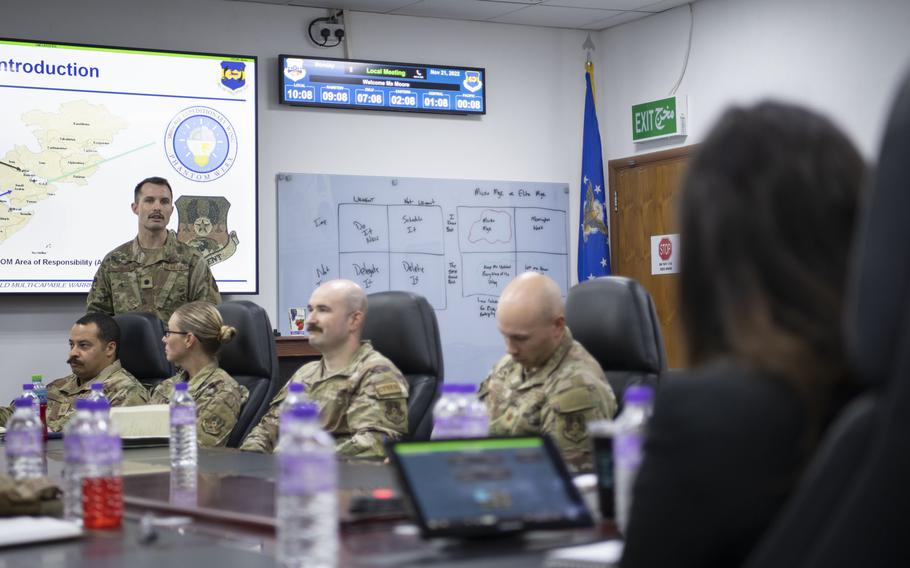 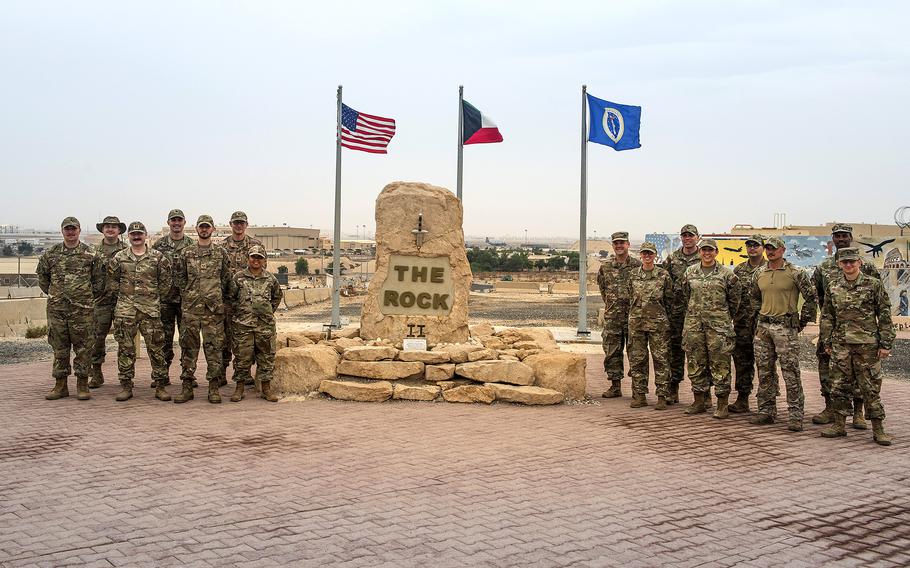 Volunteers with Task Force 99.M, an organization that solicits ideas from airmen for ways to improve the Air Force, gather on Nov. 11, 2022, at Ali Al Salem Air Base in Kuwait. (David Salanitri/U.S. Air Force)

He said he needed to request exemptions for the use of cameras and for additional bandwidth to make sure video calls aren’t choppy.

The calls help airmen connect with mental health workers, who may be located in other bases in countries. Telehealth usage in the military rose following the COVID-19 pandemic, as it did in the civilian world, a February report by the Government Accountability Office said.

Only 15% of mental health visits were via telehealth prior to the pandemic, the GAO report said. That rate increased to more than 50% from February to April of 2020, before settling around 33%.

The task force’s leadership says it is open to operational ideas as well. For example, it is helping fund a project that uses aerial drones to investigate unexploded ordnance, Wright said.

One of the challenges for the group is the nature of deployments. They may last for six months, which can discourage airmen from proposing changes, Tubman said.

“It’s understandable for people to just want to get their feet underneath them and go with how things already are (rather) than to be thinking, ‘What could we be doing that we’re not already doing?’” Tubman said.

Task Force 99.M follows similar organizations created to promote innovation during the Iraq and Afghanistan wars, such as the Asymmetric Warfare Group and the Rapid Equipping Force.

The lessons learned from those organizations were that senior leaders need to use their authority to protect these innovation cells and allow them to take risks, said Jonathan Schroden, director of the Countering Threats and Challenges Program at CNA, a research organization based in Virginia.

The ideas hatched by these groups also need a way to get to other troops, Schroden added.

“In the absence of those connections, anything developed by the cell will exist as an isolated idea, likely to be choked by the weeds of a thousand other good ideas coming from the ranks,” Schroden said.