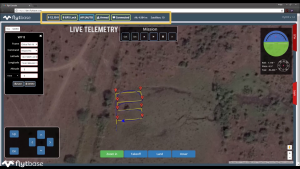 “While most modern businesses run on cloud-based applications, connecting drones to the cloud has been quite challenging,” says the firm announcement. “FlytBase plans to change that with their FlytBase Cloud platform.”

While drones are generally included in discussions about the Internet of Things (IoT), FlytBase says that creating communication protocols for drones is totally different than different components of IoT.   “Typical IoT devices are deployed in very large numbers, consume low-power, and send small amounts of data spread over long durations of time,” says FlytBase. “Drones, on the different hand, are deployed in smaller fleets, have giant lithium-based batteries, and ship a big quantity of 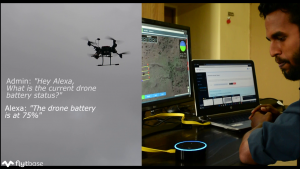 In an effort to satisfy the wants of drones, FlytBase has designed a customized protocol. Their new platform, FlytBase Cloud, makes use of the protocol to effectively join drones to cloud-based enterprise functions in actual time.

FlytBase says that whereas cloud-based drone functions are frequent, they require operators to obtain information from the drone manually earlier than importing information to the cloud after flight.  Vertically built-in options reminiscent of Airware, Precision Hawk, and Kespry supply greater ranges of integration and connectivity however are usually not open for improvement.  With FlytBase Cloud, builders can simply construct functions

“With FlytBase Cloud, developers can easily build applications like automating fleet of drones to scan the warehouse and update the inventory in Salesforce every week, with no manual intervention,” says FlytBase.

“Over the years, we have seen rapid development of technologies that allow our gadgets/devices to be connected to the internet. Several IaaS/PaaS platforms, such as AWS, Azure, Google Cloud offer ready tools for IoT (Internet of Things),” FlytBase CEO Nitin Gupta tells DRONELIFE.  “However, no such tools exist for integrating drones with internet and cloud-based business applications. FlytBase Cloud is the first platform to bring this capability to developers.”

“IoD (Internet of Drones) will enable efficient development of applications that need live connectivity with a large fleet of drones, spread over large geographies (or even continents),” says Gupta. “It will also enable faster integration of drones with a variety of business processes and workflows, to truly leverage drone technology for business applications.”

FlytBase has partnered with Built.io to offer prepared integration of drones with a whole bunch of enterprise apps, reminiscent of Salesforce, Box, Slack, Twilio, Cisco Spark, Zendesk, Dropbox, Nest, and YouTube. “This allows users to easily build automated workflows, that leverage drones as part of the solution, without writing any code,” says FlytBase.