Farmers were urged to explore diversification and embrace new technology at this year’s Northern Farming Conference held this week at Hexham Auction Market.

Around 200 delegates were at the tenth anniversary event held on November 6, to listen to a stellar line-up of speakers on the conference theme of ‘Sweating the Assets’.

The key message from the day was positive telling farmers that they do have the power to drive their own businesses forward. By being agile and embracing new technologies and new approaches, they can succeed despite the uncertainties presented by Brexit and climate change.

Opening the conference, Chairman and Head of Farming in the Morpeth office at Strutt & Parker, Matthew Curry, said while changes in government policy were clearly important, businesses could put themselves in the best position by seizing the initiative.

“One of the messages coming from government in recent years is that it wants farm businesses to become more self-reliant,” he said.

“Policy changes are important, but business innovation, product development and the adoption of new technologies will be critical in helping to raise productivity, generate new revenue streams and cut costs – all essential in driving our sector forward.”

One of the ways to make businesses more self-reliant was championed by Country Landowners Association Deputy President, Mark Bridgeman as he talked about diversification to deal with the changing times agriculture is facing.

He demonstrated it first hand showing the audience his own mixed estate which now houses and organic farm, three let farms, woods, a housing development and biomass plants.

He told the audience having these varying strands to his business made it more robust and resilient which is particularly important in the uncertain times agriculture is facing.

With climate change a key issue in agriculture at the moment, Mr Bridgeman also suggested that along with the challenges that agenda brings there are also opportunities. He highlighted the ability to tap into private and public investment by trading carbon credits, providing ecosystem services and delivering environmental net gain through the planning system.

Optimism for the future was echoed by Mark Suthern, National Head of Agriculture at Barclays, who urged farmers to be agile and clear about their objectives.

He also reminded delegates of the importance of focusing on profitability, rather than solely turnover or output.

“Think margins, not yields,” he said. “There aren’t many other sectors that celebrate a yield over profitability.”

Championing that was Alex Brewster, a livestock farmer and Nuffield Scholar, who talked about getting the most from the family’s 1,000ha beef and sheep farm in Perthshire.

Alex has managed to improve profitability by managing the grassland and grazing in a more holistic way, building in diversity at every level. The farm no longer uses fertilisers and his use of bagge minerals has halved, but he has managed to double grassland production and the nutrient density of the plant. This is down to careful management of soil and pasture which has built root mass and improved soil biology with the knock-on effect of improving resilience. He is sowing forage crops with 15 or 16 different species, with grass mixes of up to 20 species.

“We used to house a lot of stock,” Alex explained. “But last year we only housed 10-15 per cent and this year the plan is to house nothing because the land has the capacity to carry the stock.”

As well as diversification and sustainability, the audience heard about the benefits of AgriTech with Robert Ord, one of the founding members of Drone Ag giving an insight into how advances in technology are opening up opportunities for farmers to increase profit, while also helping the environment.

He explained how the Skippy Scout software platform had been developed to enable automated crop scouting drone flights which allowed farmers and agronimists to check pest, weed and disease levels more quickly and accurately than crop-walking.

The dates for next year’s Northern Farming Conference were announced as November 4, 2020.

Stay up to date with all the latest rural affairs news, views and features by joining our Facebook group https://www.facebook.com/groups/yorkshirefarms 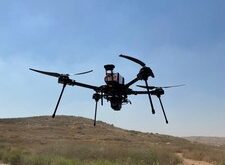 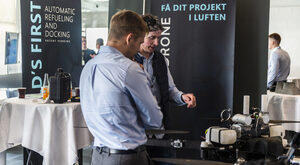 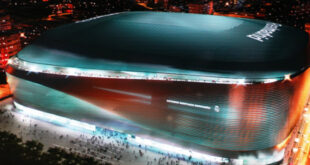