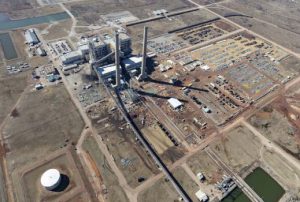 A Sooner State utility needs to cut back energy outage timeframes sooner reasonably than later and, you guessed it, drones are the weapon of alternative.

“We used drones for the first time to assess damage … following Winter Storm Jupiter in January,” OG&E spokeswoman Kathleen O’Shea mentioned in an organization press launch. “In the past, we’ve used helicopters, and we’ll still use them as necessary, however, drones can be deployed faster than helicopters in most scenarios. We estimate that we shaved off approximately a half day of assessment time by using drones.”

The state’s largest vitality firm – with greater than 800,000 clients – additionally plans to develop regional partnerships with colleges and faculties to brainstorm different functions.

“We’re discussing a number of potential uses such as inspecting power distribution lines, inspecting wind farm turbines, and inspecting the inside of power plant equipment like boilers and stacks,” O’Shea mentioned. “Drones have become a prominent topic of interest among utility providers in Oklahoma and across the country.”

“Every storm is different and we know that within our service territory, you don’t always get a few days’ notice of severe weather,” O’Shea mentioned. “In the case of Jupiter, we were able to pre-stage 1,270 workers and three staging areas. And even though the storm was not as far reaching as predicted, 31,000 customers lost power. If the storm had occurred as forecasted, pre-staging resources could have reduced outage duration by 24 to 48 hours.”

Beginning his profession as a journalist in 1996, Jason has since written and edited hundreds of participating information articles, weblog posts, press releases and on-line content material. He has received a number of media awards through the years and has since expanded his experience into the organizational and academic communications sphere.

In addition to his proficiency within the discipline of modifying and writing, Jason has additionally taught communications on the college stage and continues to guide seminars and coaching classes within the areas of media relations, modifying/writing and social media engagement.