(ASX:DRO)  has announced that their DroneGun Tactical™ was used to neutralize four drones at Brazil’s presidential inauguration ceremony – before the suspicious aircraft got close to President-elect Luiz Inácio Lula da Silva.

Lula da Silva, a 77 year-old who already served as Brazil’s president from 2003 to 2010, is taking the presidential office for the third time.  The ceremony, held at the Cathedral Brasilia, was heavily guarded in response to threats of violence from supporters of da Silva’s predecessor, Jair Bolsonaro.  Despite the risk, the newly elected President and First Lady traveled in an open car parade.

Presidential security utilised DroneGun Tactical™, as pictured in the Brazilian media image below, to neutralize four suspicious drones that were heading towards the President at the inauguration event. 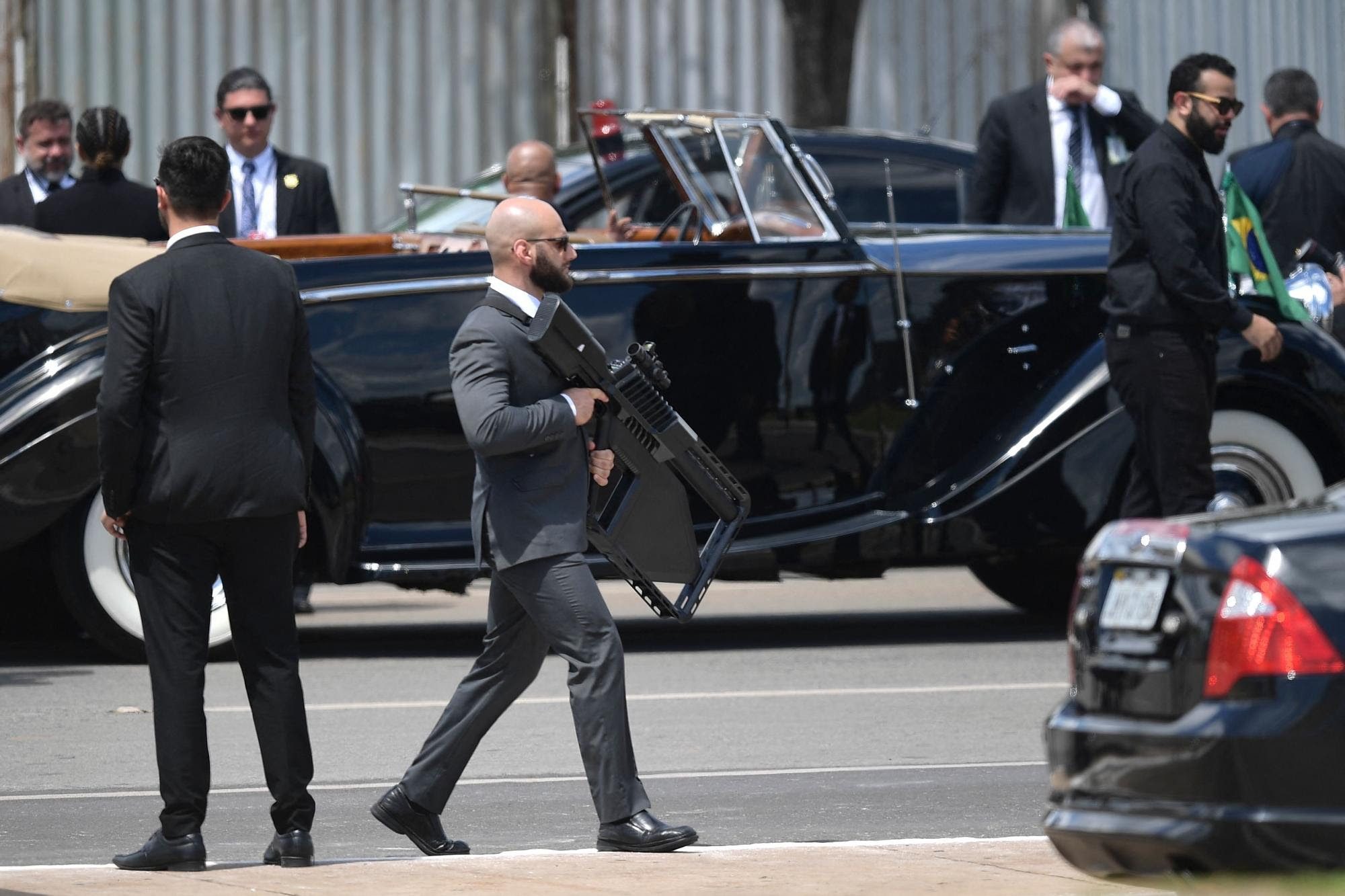 Image: A security agent walks with DroneShield’s DroneGun Tactical™ next to the presidential Rolls-Royce that was used by President-elect Luiz Inácio Lula da Silva at his inauguration ceremony in Brasilia, on January 1, 2023 (Photo by CARL DE SOUZA / AFP)

UAS offer terrorist groups a set of distinct advantages as part of their attack strategies, most crucially a greater potential to circumvent traditional physical protection measures based on multiple levels of security (e.g., in the form of hardened venue perimeters designed to stem vehicle-borne attacks, armed guards or visitor-screening barriers).

DroneShield’s DroneGun Tactical™uses high performance directional antennas “to select and engage the range of jamming frequencies for target defeat,” says the company.  “…When disruption is triggered, UAS targets (e.g. drone) will respond via vertical on the spot landing or return to its remote controller or starting point.”  The DroneGun neutralizes suspicious drones with non-kinetic jamming technology.

DroneShield has expanded into the Brazil market in mid 2021, when it has received a formal approval from Anatel, the Brazilian National Telecommunications Agency responsible for issuing the concession of new radio frequencies, for deployment of its devices. Following the approval, the Company has now sold a quantity of its DroneGun Tactical™ units to Brazilian Government.

DroneShield CEO, Oleg Vornik, commented: “Brazil is a key South American market for DroneShield, and we are pleased to see deployment of our systems in the country at the highest level, which is expected to flow down to further systems being utilised in Brazil, as counter-UAS requirements continue to rapidly grow.”