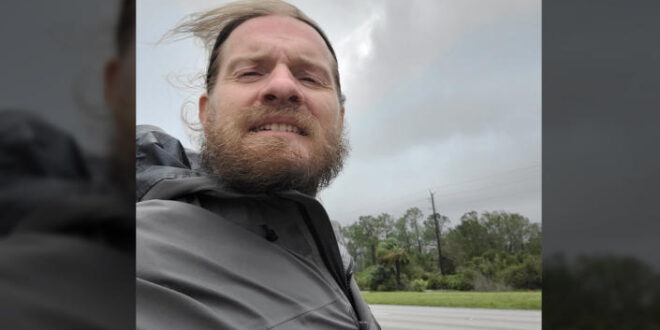 As Florida reels from the damage caused by Hurricane Ian, which has left at least 21 people dead and over a million Floridians without power, utility companies — and a full-time storm chaser — are using drone technology to aid in rescue efforts and provide a wider scope of the destruction.

The hurricane left a devastating mark on Florida after making landfall on the southwestern part of the state Wednesday afternoon as a Category 4 storm, mostly leaving carnage in Lee County but also damaging areas from South Florida up to Orlando. It made landfall in South Carolina on Friday.

Aaron Jayjack, a storm chaser from Indiana, has been facing the hurricane head on. But once he’s done capturing the storm, he’ll turn his attention to damage assessment and assistance, using his drone to help people figure out what happened to their property and sometimes their loved ones.

“There’s a lot of people that are curious,” Jayjack told Yahoo News. “They have family that either stayed [in Florida] or they evacuated and are wondering what their property looks like, what’s going on with their neighborhoods. And sometimes you can’t get into these locations after the disaster because of … debris and power outages and lack of gasoline and stuff.”

Jayjack positioned himself in Fort Myers where Ian made landfall and hit the hardest, spending his time between there and the Punta Gorda area. He captured extraordinary drone footage of damage along Fort Myers Beach.

He put out a message on social media that he’s willing to fly over any area where people are concerned about family, friends or their home. But it has been more challenging with the government calling on drone operators to ground their devices so it they don’t interfere with low-flying emergency response aircraft.

“Whenever these disasters happen, shortly after they happen, they put out TFRs, which is a temporary flight restriction. So my first mission after a hurricane passes is to get into the worst-hit areas and fly my drone over and show people what has happened and usually when I do that, I start getting requests from people. I can check certain locations and fly the drone over it,” he said.

Utility services are also utilizing and deploying drone technology to help their Ian response efforts. Florida Power & Light, or FPL — an electric utility company that services more than 12 million Floridians — is utilizing its FPLAir One drone to assess damage and help recover power. It says the drone has the capability to fly into tropical storm-force winds and gather real-time information to help identify the cause of outages.

On Thursday, the company said that it restored power to more than 750,000 customers but that there were still 1.2 million without it.

“In addition to the crews who have restored power where possible to hundreds of thousands of customers, damage assessment teams continue to work throughout FPL’s service area, including dozens of drone teams who are providing visuals of the damage. This vital task enables FPL to send the right crews and the right equipment to the right places to restore power safely and as quickly as possible,” the company said.

Verizon is also using drones to assist in recovering its network. On Wednesday, while the storm was hitting Florida, the company said: “Our mobile cell sites, generators, drones and satellite links will begin moving into the area from the safe zones where they were prestaged before the storm. We will prioritize assistance for first responders, emergency operation centers and search-and-rescue efforts.”

As for Jayjack, he says he keeps himself safe through meteorological knowledge, experience with storms and finding sturdy, tall buildings.

“No matter what I shoot it with, drone [footage] always seems to resonate more with people than any ground-level footage. It’s that bird’s-eye view, you’re not something you’re not used to seeing.”