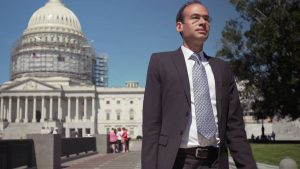 DJI: The Technology Behind the Revolution

DJI‘s VP of Policy and Legal Affairs Brendan Schulman testified at the Senate Subcommittee Hearing on drone integration this morning, in support of the industry’s know-how options in the direction of drone security.

DJI, the main producer of small unmanned plane techniques, has taken a number one function in advocating for the drone business in Washington, collaborating in committees and coalitions in collaboration with the FAA and different business leaders.  This morning, Mr. Schulman testified that the business is “the technology behind the revolution,” and is “leading the way” on security.  Schulman testified that security was DJI’s highest precedence – however that it was vital for regulators to know the know-how options earlier than enacting rules.  Schulman emphasised that operator training can also be an vital think about security – and defined how business can and does take part.  “The overwhelming majority of drone operators want to follow the rules and operate safely,” mentioned Schulman in written testimony.  “DJI and our fellow members in the Drone Manufacturers Alliance strongly believe that education offers an effective way to promote safety that can be responsive to emerging concerns – something that can’t be said for rigid, prescriptive regulatory approaches. As part of our safety initiatives, DJI educates our users about operating drones safely, including through our on-screen safety information, our in-person New Pilot Experience courses, our video tutorials, our flight simulator built in to the drone, our beginner mode feature, and our in-box safety inserts from the FAA-endorsed “Know Before You Fly” marketing campaign.”

Schulman promised an announcement of an extra initiative to make sure that new operators are conscious of flight guidelines earlier than they fly. “We recently partnered with the venerable Academy of Model Aeronautics to launch a joint program to promote safe and responsible drone operations. We are also at work on a new feature to help ensure that our customers are aware of the rules of safe flight before they fly a drone, and hope to announce that initiative in the coming weeks.”