Washington, DC — Recent research from Homeland Security Research Corp (HRSC), suggests that the use of commercial drones is increasing rapidly and globally. For example, in a recent article, the New York Observer predicted that in the near future there would be 30,000 drones (range of applications) circling over Manhattan, and its only one example of a Metropolitan area.

The fear from criminal/terrorist attacks using one of these drones or even a careless drone operator is increasing as well, which will most likely increase the number of facilities and assets that will use counter drone technologies at some form or another in the near future.

According to HSRC Anti-Drone Systems Market & Technologies 2019-2023, the potential threat posed by an inexpensive drone carrying a home-made bomb near an aeroplane or a football field is now apparent to everybody; however, little has been done to mitigate the issue up to now. Airports, critical infrastructure, municipalities and even stadiums are on the lookout for the growing threat of drones.

In the past 3 years, there have been numerous incidents of drones infiltrating secure airspace. Luckily, most of these events were not due to terrorist attacks, but rather small drones flying in the vicinity of planes, bases, or large public spaces. However, recent incidents, such as, the shutdown of Heathrow airport, reports by the FBI that organised crime groups are using drones for their operations and Saudi security forces shooting down a drone near a palace belonging to King Salman, are only three examples indicating that crime and terror groups are starting to use drones as weapons.

As a result, the U.S Attorney General has recently published new guidance regarding the use of counter drone systems by the Department of Justice and Department of Homeland Security, enabling them to track, intercept, and damage or destroy threatening drones in some cases.

According to Attorney General William Barr, “It will ensure that we are positioned for the future to address this new threat, and that we approach our counter-drone efforts responsibly, with full respect for the Constitution, privacy, and the safety of the national airspace.”

The agency’s Deputy Attorney General Jeffrey Rosen also pointed to the provisions’ timeliness in the statement, noting that “the number of unmanned aircraft is increasing rapidly, as is their importance to the economy”. 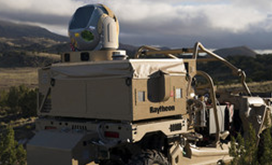