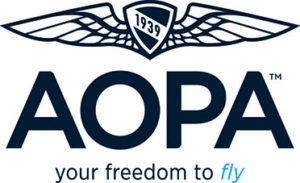 The following is a press release from AOPA.

The Aircraft Owners and Pilots Association (AOPA) has announced that members who are opted-in for drone content are now eligible for discounted fees and special recognition from PrecisionHawk’s on-demand drone pilot network, Droners.io.

Thanks to an agreement announced in July at EAA AirVenture in Oshkosh, Wisconsin, the world’s largest airshow, members of the world’s largest organization of pilots, AOPA, will have several advantages when flying under Part 107 through Droners.io, a division of North Carolina-based PrecisionHawk. Droners.io is a drone network that provides information for those needing services of a drone and those providing commercial drone services.

“The details of this exclusive, first-of-its-kind agreement are now in place,” said AOPA Senior Director of UAS Programs Kat Swain, who negotiated the pact with PrecisionHawk. “This is exactly the kind of benefit that our members have been asking for.”

AOPA members, including thousands who have joined since AOPA first welcomed drone pilots to the fold in 2017, are eligible for a discounted commission (7 percent, compared to the 10 percent charged to non-AOPA pilots who fly Part 107 jobs through the Droners.io network), along with preferred access to enterprise jobs offered directly to selected, qualified pilots, such as long-term or large-scale infrastructure inspection jobs not posted on the Droners.io job board. Any AOPA member who opts in for drone-related content and offers through their membership preferences on the AOPA website and also participates in the Droners.io network will be given a badge that identifies them as an AOPA drone pilot.

There’s also an incentive for Droners.io members who don’t already belong to AOPA to join: a $25 (one-time) discount on AOPA Drone Pilot Plus membership. AOPA members who already belong to the Droners.io network are eligible for a one-time $20 discount on an AOPA membership renewal at the Drone Pilot Plus level, which includes legal services protection for their Part 107 remote pilot certificate, expert attorneys who consult members facing FAA enforcement or civil penalties resulting from unmanned flight activities. (Details on AOPA drone membership options and benefits are available here.)