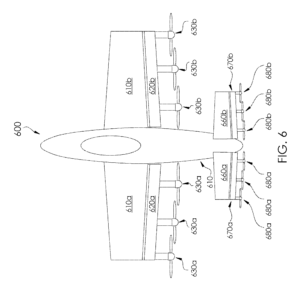 Tilt-wing uncrewed aircraft vehicle (UAV) developer Advanced Aircraft Company (AAC) has announced that it has been awarded a contract from NASA for the design and production of prototype tilt-wing uncrewed aerial vehicles in adherence to NASA specifications.

AAC pushes the boundaries with innovative new approaches to the fuselage, propulsion, and aerodynamic designs for next-generation UAVs. In order to surpass NASA’s technical requirements, AAC is creating an aero-activated tilt-wing configuration that forgoes a mechanically actuated tilt-wing aircraft’s weight and complexity, instead providing greater reliability and a higher payload capacity. 3D printed materials and aluminum alloys will be used in the aircraft fuselage and wing bodies, granting a light weight and increased strength and durability, as well as allowing for quick prototyping and limited-scale manufacturing.

“Aero-activated tilt wing configurations offer benefits over conventional configurations but also introduce significant design challenges,” said AAC founder and CTO Bill Fredericks. “Careful design of the center of mass location of the wing body, aerodynamic center of the wing body, and attachment points to the fuselage are critical for establishing a stable equilibrium point to ensure safe and reliable operation.”