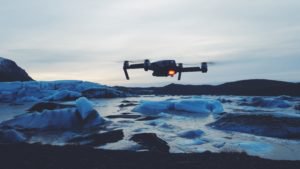 Avalanche photodiode sensors.  If you don’t know what they are – you need to.

The following is a guest post by talented author and self-described nerd Ryan LaDue.

Avalanche photodiode sensors are semiconductors capable of converting photons into electrons with an extremely high level of precision. The technology isn’t as new as you might think, but accessible units used for laser range finders (as part of LiDAR systems) have only been making their way into consumer markets in recent years.

Should APDs reach higher resolutions and make it into the realm of widespread affordability, they could take off fast. Their solid-state construction (which translates to durability) and speed of acquisition affords them significant advantages over other sensing methods, making them practical tools that can be mounted to UAVs and deployed for everything from snow hydrography and disaster response to all manner of construction and surveying applications.

So how do they work? And how did they get their descriptive name? Let’s take a look at the mechanics:

Avalanche photodiodes are characterized by their capability of achieving extremely granular output via a process called “electron avalanches,” otherwise known as the Townsend discharge. This form of impact ionization consists of electrons literally creating a tiny avalanche which is facilitated by a strong electrical field that fosters enough kinetic energy to cause multiple electrons to be liberated from their crystal lattice as a result of just one photon. While APDs are capable of being operated in sub-breakdown voltages where these avalanches aren’t facilitated, this article will focus on breakdown mode or “Geiger mode” operation of APDs for its unique and promising characteristics. Particularly, that these miniscule avalanches inherently increase gain.

Why is gain important? 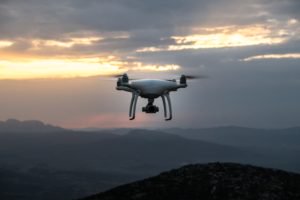 The Connection Between Gain and Noise

In the audio world, preamps are devices that take the raw, unamplified signal of microphones and produce an audible output that you can plug your headphones into and listen to. They do this by applying gain. So like APDs, they take a passive signal and amplify it.

But gain isn’t as simple as just making stuff louder. The process of amplification, for better or for worse, unavoidably alters a signal. For electric guitar amps, this disruption of the signal can be a a good thing as it adds a characteristic fuzz or crunch to the tone. But for scientific instruments, this is a bad thing.

Microphone preamps are intended to have the most transparent gain possible or, at the very most, add just a hint of color to the signal. Ask any audio engineer what distinguishes a cheap preamp from a good one and they’ll most likely mention “noise” before anything else. It can come in the form of an electrical buzz or white noise that unavoidably shows up any time gain levels are turned up high. The more gain you add, the more noise you get. Every preamp generates unwanted noise. Some just make less than others.

For recording quiet instruments, where lots of gain is needed to compensate, having an excellent preamp is especially important to prevent noise from becoming problematic. Loud instruments leave more leeway in this area because the gain doesn’t necessarily have to be turned up as high.

So how do APDs achieve high gain for an optical signal? That’s where the electron avalanche process comes in.

The Problem of Dark Noise

Instead of audible static, photodiodes experience something called quantum dark noise. And while “quantum dark noise” may sound like the name of a doom metal band struggling to remain relevant in an age of increasingly derivative musical zeitgeists, it’s actually a universal gremlin which pervades the photodiode sensor world and is impossible to eliminate completely. It is the product of thermally-generated free electrons which exist irrespective of optical inputs. This means that even in the total absence of light a photodiode would continue to receive these false signals that look like external light to the sensor’s internals.

Because quantum dark noise cannot be eliminated, it essentially means nature has given us a noisy preamp that we have to make do with. So APDs cleverly deal with the problem by amplifying the true signal via the electron avalanche process. This high-fidelity method of adding gain as close as possible to the source allows the optical input to stick out from underlying dark noise and gives the end-user a signal that manages to amplify the desired input without amplifying the noise.

This is all well and good, but there has to be some kind of catch. For APDs, one of the biggest hurdles is optical crosstalk: a different kind of interference that occurs from parasitic light emission generated by the avalanches themselves. Methods of preventing this exist, but these approaches become difficult as the sensor arrays expand in size to accommodate higher resolutions.

Much of the problem boils down to something called bremsstrahlung, otherwise known as braking radiation. Bremsstrahlung is the result of a charged particle decelerating. The law of the conservation of energy demands this, as kinetic energy isn’t allowed to simply disappear. Instead, the kinetic energy is converted to, of all things, photons.

Scientists who don’t seem to appreciate this irony have developed something called an active quenching circuit that deals with the problem of internally-generated light. Because unwanted photons occur slightly after the avalanche occurs, the breakdown can be actively returned to a state of what developers call “quiescence” (ie a non-avalanching state). This provides a way of preventing optical crosstalk from contaminating the signal and clears the way for the next external photon to properly trigger a new breakdown.

If this technology proves itself in widespread development and usage, one of the major bastions holding back the development of affordable high-resolution LiDAR units will be vanquished, clearing the way for increasingly rapid development cycles as the market moves the boundaries of the already expanding aerial surveying industry. With high-level LiDAR systems currently being priced in the tens or hundreds of thousands, more accessible and effective range finding sensors could result in adaptations to the technology not previously conceived of. Who knows? In the not too distant future, you might even find yourself LiDAR-scanning your apartment to find the keys to the car. 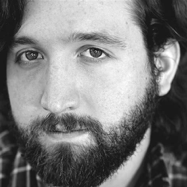 Ryan LaDue is a writer based out of Nashville who specializes in topics related to surveying and construction tech. He is a bit of a nerd.

Share
Previous Interview: Intelligent Energy & Productiv on Hydrogen-Powere…
Next Drones could be the future of weather forecasting