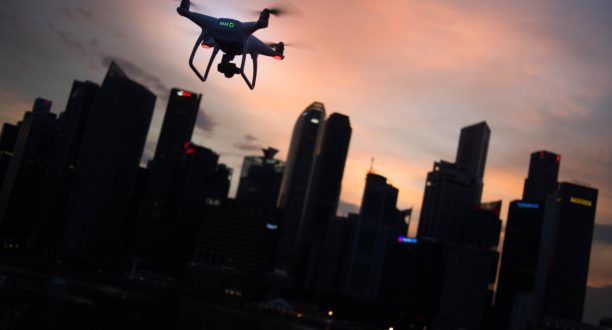 DJI‘s Mario Rebello took the stage at InterDrone this morning to talk about drones, data and security.

Rebello met the issue of drone security head on.  DJI  suffered a major blow from the U.S. Government last year when, at the end of 2017, the Department of Homeland Security accused the Chinese company of sharing data with the Chinese government.  The resulting headlines resulted in the U.S. army limiting the use of DJI products.

The accusations, said Rebello, were entirely false: “To be clear, this was not true,” he said. “…As some would say, it is fake news…It was speculation and misinformation.”

Since then, DJI has met the issue with rapid action: they’ve developed new products, they’ve engaged more with policy work, and they are making their best efforts to clear the air.  “There are going to be scare stories and misinformation,” said Rebello. “That’s because people don’t understand the technology.”

DJI responded to the accusations by hiring San Francisco-based independent audit team Kivu Consulting.  The auditors concluded, said Rebello, that DJI’s end users have total control over the way that their data is handled – and that DJI does not access any data or flight logs from their customers, unless they are voluntarily shared.  Additionally, DJI has developed improved tools to ease user fears.  Those tools include a Local Data Mode, which allows flight without any Internet data transfer, and improved geofencing.

Still, Rebello does not deny that drone data – from any drone – can provide a risk to customers.  “The risks are real,” said Rebello.

“You need to ask the right questions,” he said. “Who is the threat coming from?  What is the impact?”  Rebello pointed out that the security risk for drone data has many levels, and comes not only from bad actors, but from poorly trained users.

Finally, Rebello said that DJI had learned a major lesson from the incident: “We need to engage, and we need to engage early.”  Rebello spoke about the companies efforts to collaborate on a set of international standards and to engage with policymakers worldwide to ensure that regulators and others are well informed about drone technology.