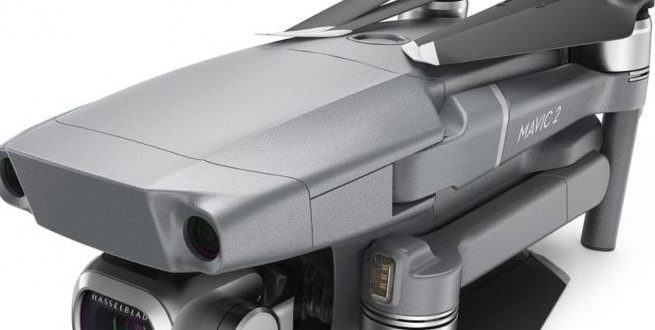 As expected, DJI has today unveiled two new drones that will aim to bridge the divide between the company’s professional and consumer models.

Both are foldable iterations of the popular, top-selling Mavic Pro.

DJI’s new drones are identical apart from their cameras, so let’s start with what they have in common.

Both have an array of sensors to keep you from crashing. Upgrading from the original Mavic Pro – which has obstacle avoidance in two directions – the new Mavic 2 models have omnidirectional collision avoidance, combined with DJI’s APAS (Advanced Pilot Assistance Systems), which keep the drone safe in complex environments with a combination of sensors and algorithms.

We believe that these products are going to inspire your creativity and open a whle new world of possibiltiies for drone technolgy.” – DJI product communications lead Michael Oldenburg

Both models can hit speeds of up to 45 mph and stay in the air for a whopping 31 minutes.

In terms of range, connectivity via DJI’s OcuSync transmission system gives 1080p live video streaming and a maximum range of up to five miles.

And of course both Mavic 2 models will come complete with a range of autonomous flight modes, including Hyperlapse, ActiveTrack 2, QuickShots and more.

Although the cameras are different, both capture 4K ultra-high definition video with what DJI describes as “extreme detail”, recording at a maximum bitrate of 100 megabits per second using the H.265 compression codec for extra latitude in post-production.

For photographers, new Enhanced High Dynamic Range capabilities blend a sequence of photos for ghost-free high dynamic range, giving the Mavic 2 Pro 14 stops of dynamic range and the Mavic 2 Zoom up to 13 stops.

“When the Mavic Pro was launched two years ago, it redefined the way people looked at a drone and expanded possibilities for creators around the world,” said Roger Luo, President at DJI.

Mavic 2’s Advanced Pilot Assistance System has also been improved. It automatically pilots the drone around obstacles while moving forward and backwards pic.twitter.com/QowOzYah0Q

“Today, we enter a new era of aerial photography with the introduction of DJI’s new flagship product, the Mavic 2 series. The Mavic 2 Pro and Mavic 2 Zoom will enable photographers and videographers to take their inspirations to the air quickly and elevate their creative ideas to new heights.”

The Mavic 2 Pro has been co-engineered with Hasselblad. The result is the world’s first drone with an integrated Hasselblad camera, which DJI says offers outstanding image quality with superior light and color performance.

The Mavic 2 Pro’s camera has a 1-inch CMOS sensor with a 10-bit Dlog-M color profile. That allows it to captures four times as many levels of color per channel compared to the original Mavic Pro.

A Closer Look at the Mavic 2 Zoom 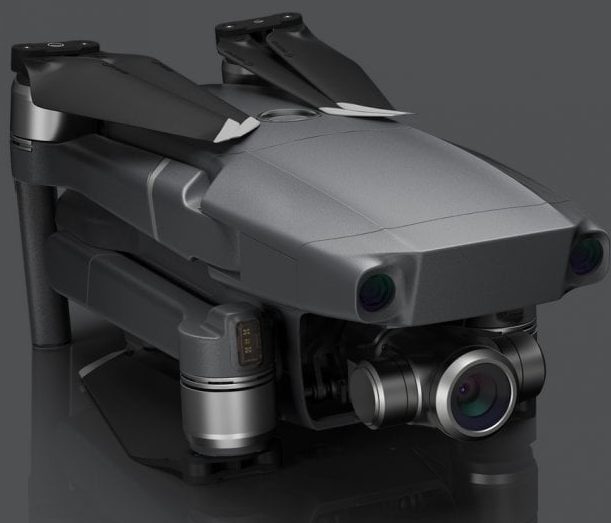 DJI wanted to build a drone that could do more than just provide epic establishing shots. So they built the Mavic 2 Zoom, the first foldable consumer drone with optical zoom.

It has the equivalent of a 24-48mm optical zoom and 2x digital zoom, giving drone pilots the effect of a 96mm telephoto lens for 4k lossless zoom at full HD video resolution. The camera itself has a 12mp 1/2.3″ CMOS sensor.

The Mavic 2 Zoom utilizes a two-time optical zoom camera that allows photographers and videographers to capture more context and detail of the subject.

It also comes with the new Dolly Zoom flight mode. It creates an otherworldly warped perspective by automatically zooming in as it flies away from its subject, keeping the subject the same size while the full background of the scene is revealed.

Dolly Zoom, our newest QuickShot for #DJI #Mavic2Zoom, lets you bring an otherworldly warped perspective to your storytelling pic.twitter.com/3KRe6buOgE

How Much is the New Mavic 2? Price and Availability

A Fly More Kit, including two additional batteries, a multi-battery charging hub, a car charger, a battery to power bank adapter, two pairs of propellers and a carrying bag, retails at $319 USD. A gimbal replacement service exclusively for Mavic 2 will be available soon.

Starting today, the Mavic 2 is available for purchase from the DJI store.

Following the release of the #Mavic 2, #DJI have released a new storage box for the #Phantom range. pic.twitter.com/cP9tFYFjoz