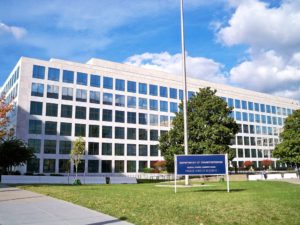 The FAA is Catching Up From the Government Shutdown: New Res…

After the recent government shutdown, the FAA seems to be making up for lost time.  In the past 3 days, the agency has made 3 announcements concerning drone regulations.

On February 13, the FAA announced a major change to the registration marking rule.  At the request of the FAA’s “security partners,” drone operators may no longer mark their drone registration number inside of the battery compartment or any other interior area of their aircraft.  Registration numbers must be marked on the outside of the drone as of February 23.

February 14, the FAA made an announcement about the Low Altitude Authorization and Notification Capability (LAANC) program.  As part of FAA Reauthorization, the FAA has been tasked with increasing the availability of the program.  Explained by the FAA:

LAANC provides near real-time processing of airspace authorization and notification requests for Part 107 drone operators nationwide. The system is designed to automatically approve most requests to operate in specific areas of controlled airspace below designated altitudes.

Through approved LAANC UAS Service Supplier’s, drone operators can interact with industry developed applications and obtain near real-time authorization from the FAA. Requests are checked against multiple airspace data sources in the FAA UAS Data Exchange such as temporary flight restrictions, NOTAMS and the UAS Facility Maps. If approved, pilots receive their authorization in near-real time.

There are 14 current LAANC suppliers, and the FAA began considering more providers in January.  In order to increase participation and allow more applications, the FAA has now changed the timeline of the application process.  Details are avialable here.

Today, February 15, the FAA announced a new list of restricted areas for drones, again at the “request of its federal security partners.” The list of new restricted areas includes correctional and detention facilities, military bases, and ammunition plants.  “Note that there are only a few exceptions that permit drone flights within these restrictions, and they must be coordinated with the individual facility and/or the FAA,” says the FAA notice.

Share
Previous The Supreme Court is trying to protect ‘unsuspecting sunbath…
Next FLIR DELTA Podcast: 8 Reasons Why Hydrogen Will Power the D…