The Supreme Court is trying to protect ‘unsuspecting sunbath…

Though an important Supreme Court ruling on privacy this week dealt with a seven-year-old case, it saw the justices looking forward, into a future where ever-evolving technology is increasingly used to spy on people.

Thursday’s unanimous ruling came in the case of a teacher who used a pen camera to take secret recordings of female students, and whether those students had a “reasonable expectation of privacy” at their school. But in weighing the case, justices also contemplated the effects of drones used to spy on sunbathers and cell phone cameras used to take secret photos of women on buses and decided that, in some circumstances, people expect a certain amount of privacy in public places.

The language in the decision is loose enough that experts believe they see the justices looking ahead to other, yet unknown developments that could allow for more pernicious forms of surveillance.

“Just because this technology exists doesn’t mean our privacy expectations are lowered,” said Suzie Dunn, a part-time law professor at the University of Ottawa, who worked with the Canadian Internet Policy and Public Interest Clinic, one of the intervenors in the case.

In effect, the Supreme Court is saying that “just because it’s easier to invade our privacy, doesn’t mean it’s allowed,” said Dunn.

The Court rejected the idea that a public place is a free-for-all that carries zero expectation of privacy and promotes a more nuanced context-based definition that accounts for all the technologically-advanced ways privacy can now be breached.

“Privacy, as ordinarily understood, is not an all-or-nothing concept,” wrote Chief Justice Richard Wagner. “Furthermore, being in a public or semi-public space does not automatically negate all expectations of privacy with respect to observation or recording.”

That means that sunbathers on a beach or at a public pool can expect to be seen by fellow beach- and pool-goers, but can reasonably expect not to be ogled at length or to be the subject of a surreptitious video recording.

The idea that drones could be used to film these kind of creepy videos has become a common trope in media stories, said Kristen Thomasen, an assistant law professor at the University of Windsor, but it also “reveals important privacy concerns arising from the growing domestic popularity of drone technology.”

The Supreme Court ruling will be important in that respect. Transport Canada has stringent rules about who can fly drones and where they can fly them, but complicated concerns about privacy are left to existing legislation.

The case heard by the Court centred on Ryan Jarvis, a high school teacher who was clandestinely filming female students aged 14 to 18. The videos focused predominantly on the girls’ cleavage and clothed bodies.

At trial, Jarvis was acquitted because the judge couldn’t be sure beyond a reasonable doubt that the recordings were for a sexual purpose — a requirement of the voyeurism charge. The appeal court disagreed, but still acquitted the teacher based on the judges’ contention that the students had no expectation of privacy in a public place like a school.

“Individuals going about their day-to-day activities … also reasonably expect not to be the subject of targeted recording focused on their intimate body parts (whether clothed or unclothed) without their consent,” wrote Wagner.

There are a lot of people, women included, who knew of privacy invasions in public places for a long time.

Kristen Thomasen, an assistant law professor at the University of Windsor

The court has “quite properly” interpreted a reasonable expectation of privacy to be based on the circumstances of the act, rather than just the location, wrote Emma Cunliffe, a University of British Columbia law professor, on Twitter after the decision.

In practice, Dunn said this isn’t a panacea that will solve the problem immediately. Although the law is now explicit, the practical problem associated with drones and other clandestine recordings still exist: if someone is flying a drone over a beach, it could be nearly impossible to figure out who was doing it without capturing the drone itself. And anyone doing secret recordings of any kind, by the very nature of the act, will be trying to avoid detection.

In London, after an apparent rogue drone caused hundreds of cancelled flights at Gatwick Airport near Christmas — the worst air travel disruption in a decade — police still haven’t laid any charges.

One thing this Supreme Court ruling does, Dunn said, is spur a cultural change about what is appropriate and what is not.

“We can now say it’s illegal to film someone with a drone for a sexual purposes,” said Dunn. “It’s something we can try and change social norms about.”

The ruling also mentions surreptitious recordings of women on public transit and breastfeeding moms in a quiet corner of a coffeeshop which, although public locations, would carry a reasonable expectation that a person wouldn’t be recorded or observed at length.

“There are a lot of people, women included, who knew of privacy invasions in public places for a long time,” said Thomasen. “It’s interesting now that that’s being reflected in the law.”

Previous Australian weapon tech DroneShield scores a bullseye in Sout…
Next The FAA is Catching Up From the Government Shutdown: New Res… 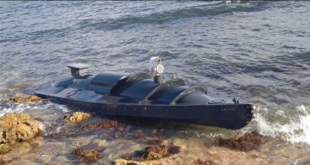 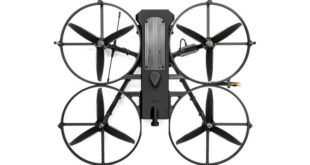 US drone-maker aims to protect people there and in Ukraine