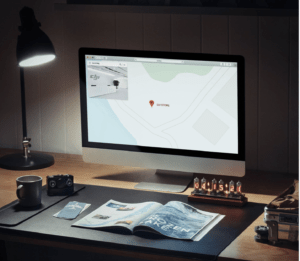 DJI’s New Drone: All the Rumors About the 4/15 Release

DJI’s new drone, the Air 2S, is slated to be released tomorrow (we think.)  But as usual when the world’s biggest drone manufacturer releases a new product, there have been plenty of rumors, leaks, and guesses about exactly what the newest product will offer.  Here’s a summary of what we know so far – stay tuned for the official release (of something, at least) on April 15, 2021.

“The DJI Air 2S leaks have now turned into something of a torrent, with a few different sources appearing to reveal the incoming drone’s design, specs and possible release date,” says TechRadar.  While nothing is official until it’s official, it appears that the next-generation of the Mavic Air 2 has already appeared on shelves in at least one North Carolina Best Buy.  In the Best Buy locations at which the Air 2S has appeared, rumor has it, the “Fly More” package is selling for $1299 – which answers one of the most asked questions about DJI’s new drone.

DJI‘s marketing campaign leading up to tomorrow’s release is “Get Ready for the ONE.”  The tagline has led to speculation, based on pictures of the drone’s packaging gleaned from the appearance in Best Buy, that the Air 2S will offer a 20 MP 1-inch sensor, which could offer image quality on par with the Mavic 2 Pro offering.

DJI’s last big announcement was of their FPV offering: and DroneDJ suggests that an inside source has revealed the new Air 2S will be compatible with V2 goggles for First Person View flying experience.  DroneDJ also says that a leaked promo video indicates that DJI’s new drone comes with 2 new sensors on top – possibly for obstacle avoidance; and DJI’s AirSense, the ADS-B signal detection system that DJI previously said would be included in all new models released after 2020.

An inexpensive, lightweight drone with increasingly improved imaging and a curated selection of DJI’s newest technology developments sounds about like what the industry has come to expect from DJI new releases.  If the rumors are true, the Air 2S will be big news when it launches officially.