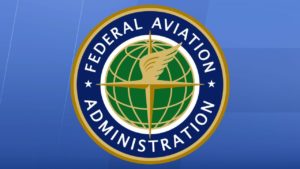 The FAA wants YOU! Applications now available for drone test…

Looking to make the skies safer? Interested in drone safety? Then maybe you have what it takes to become an official FAA UAS test administrator.

The FAA this week announced an open application period for the role of test administrators the federal agency’s Recreational UAS Safety Test (TRUST).

“The FAA will designate qualified third parties to administer the test and make it accessible to all recreational drone flyers,” an agency release stated. “Entities involved with recreational pilots such as educational institutions, manufacturers and aeromodelling organizations are encouraged to apply.”

Deadline to apply is March 31. The FAA will announce selected test administrators in June 2021 and administrators can begin proctoring the test immediately.

The FAA developed TRUST after gathering input from the drone community in response to requirements included in the FAA Reauthorization Act of 2018 mandating development of a test to demonstrate a recreational drone pilot’s understanding of aeronautical safety knowledge and rules for operating unmanned aircraft.

“Our goal is to recruit test administrators who represent the breadth of the drone industry including, but not limited to, educational institutions, manufacturers and drone safety communities. As drones become more popular and accessible, the FAA is committed to ensuring that the public is aware of regulations and how to operate safely in the nation’s airspace.”

“We are pleased with the FAA’s approach which incorporates our recommendation for free pilot testing because it will maximize compliance, and our recommendation to ensure privacy by using a token-based identifier system rather than disclosure of the test taker’s personally identifiable information. As the industry’s leader in safe and responsible drone use, we look forward to reviewing the details of this program and continuing to contribute to the FAA’s mission of keeping America’s skies safe in the drone age.”

Potential applicants must have a Sharable Content Object Reference Model (SCORM) compliant learning management system, SCORM 1.2, and must be capable of deploying the product by June 1.