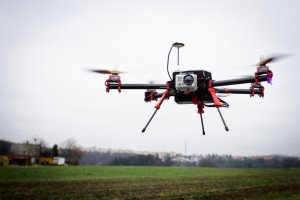 DroneBase CEO: LAANC is the Biggest Regulatory Step Yet to M…

The following is a guest post by Dan Burton, CEO and Founder of DroneBase.

Today is a momentous day for the drone industry. Since its official implementation in April 2018, the Federal Aviation Administration’s LAANC (Low Altitude Authorization and Notification Capability), has been slowly rolling out to six regions across the United States. Today marks the final rollout of the initiative, and LAANC will now cover the Central North portion of the country, reaching states such as Michigan, Wisconsin, and Ohio.

Drones impact countless industries, including insurance, real estate, construction, telecom, agriculture, media and more. The FAA’s LAANC program enables these industries to have access to restricted airspace within a matter of seconds, compared to the previous 90-day wait time. For realtors selling a house or insurance agents needing to resolve a claim, that three month halt made it impossible to completely rely on drones for all operations, and an alternative option always needed to be in place. Thanks to LAANC, the FAA has now opened up 99 percent of U.S. airspace to commercial drone activity in a technology-forward way.

When the FAA (then CAA) first established National Airspace in 1958, it obviously wasn’t built with drone technology in mind. The “restricted” airspace that was created made perfect sense for large airplanes and helicopters. Fast-forward to 2018. Cities have expanded and encroached on local airports and other no-fly zones. Now restricted airspace encompasses between 20 to 30 percent of residential and industrial buildings and wide swaths of most U.S. cities.

Though originally implemented for a positive purpose, restricted airspace largely prevents (outside of a lengthy waiver process) commercial drone pilots from flying a drone. Even our office in Santa Monica, California, falls within restricted airspace. But if an airplane was 50 feet over our roof, we’d have bigger problems than our little drone in the air.

Because of this restricted airspace, companies leveraging drones have not yet seen the cost savings or other benefits that drones can provide across industries. Instead, insurance carriers still need to use the traditional method of putting insurance adjusters on the roof; a process by which, according to the International Association of Certified Home Inspectors,164,000 inspectors in the U.S fall off ladders every year, 300 of which are fatal. This manual inspection also keeps the claims cycle slow, taking days longer for the homeowner to get paid for the repairs.

Drones have a positive impact on the real estate industry, as well. In fact, the MLS reports that real estate agents sell homes 68% faster when using aerial imagery. Previously, planes and helicopters were the only way to capture such imagery, which is not accessible to most of these professionals. Similarly, commercial real estate brokers and billboard owners haven’t been able to showcase their assets from a bird’s eye view, which provides a valuable perspective for potential buyers and advertisers.

A myriad of other industries – those already adopting drone technology and those that have yet to reap the benefits – have been impacted. Now, substantially all of U.S. airspace is open for drone business – this is a still under-appreciated sea change in our industry.

Now with regulatory clarity, the drone industry is able to use the sky as a powerful resource to provide rich and actionable data that was not previously available to mainstream businesses. Utilizing airspace is no longer a privilege reserved for government and military officials or the ultra wealthy. Commercial real estate firms can quickly monitor their assets, insurance agents can get claims back to their clients faster, and energy companies can detect surface damage on their key infrastructure with faster, more affordable, and more reliable drone imagery and data. Not to mention the doors being opened for more efficient transportation and delivery, we are only beginning to tap into the value that drones provide.

For too long, the commercial drone industry has blamed regulations for the slow development in the space. With the FAA’s Part 107 and LAANC program, regulations are largely ‘good enough’ to build large, valuable companies in this space. If we can’t scale now, data quality or cost is the issue, we have to stop blaming the regulators and get on with building real businesses in the drone space.

This final regulation is paving the way for the future of drones, and today marks the first step in bringing airspace into the 21st century.

Dan Burton is the Founder and CEO of DroneBase, the largest global drone operations, which provides businesses with stunning aerial information to make better, real-time decisions about their most critical assets. He initially became a drone enthusiast during his service as a Marine Infantry Officer in Iraq and Afghanistan from 2007 – 2011. Burton has an MBA from Harvard Business School and a Bachelor of Arts from New York University.