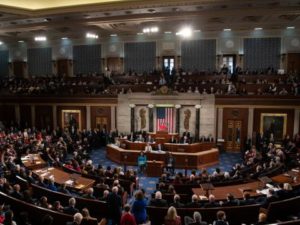 An op-ed from former Reps. Bill Shuster (R-PA) and Jeff Denham (R-CA), published in Morning Consul today, spoke directly to drone legislation which seeks to limit purchases of drones based on country of origin or other broad criteria.

Republished in full below with links, the article is strongly critical of the recent DOJ decision to ban the purchase of Chinese made drones with DOJ funding, and current drone legislation under discussion, which the authors call “sweeping and ineffectual.”  The authors both served on the House Transportation and Infrastructure Committee: Shuster is the former Chairman of the committee.  Shuster and Denham were instrumental in crafting versions of the FAA Reauthorization Act of 2016 (the AIRR Act) which included provisions for Remote ID and other proposed drone legislation.  Now, the authors say that broad drone bans risk unintended consequences to goverment functions. “In some cases, overly broad bans have been imposed that are actually hindering the ability of federal agencies to carry out their work,” the authors write. Shuster and Denham urge lawmakers to “look to risk-based drone policymaking, which has proven effective in the past.”

The article echoes sentiments that DJI and other Chinese manufacturers have expressed since lawmakers began expressing security concerns over Chinese technology: the only way to effectively ensure security of drone platforms is to create clear security standards. “Developing risk-based standards informed by examining technology, debating solutions and leveraging the thoughtful work of industry and government stakeholders has proven to be an effective approach to the serious matter of drone security,” says the article.  “It’s the approach policymakers should continue to take as Washington crafts policies to ensure that the potential of drone technology is harnessed fully and safely for our economy and our society.”

Proposals currently under consideration in Congress seek to restrict the federal use and procurement of certain unmanned aircraft systems, or drones, over security concerns. Unfortunately, these proposals have been developed in a haphazard and far-reaching manner that will lead to unintended consequences. Rather than resorting to sweeping and ineffectual blanket bans, Congress should look to risk-based drone policymaking, which has proven effective in the past, to find a data-driven model that will address current security concerns.

In 2016, while we were senior members of the U.S. House Committee on Transportation and Infrastructure, the Federal Aviation Administration published its long-awaited Part 107 rule, which established a baseline safety framework to ensure America could begin to smartly capitalize on the benefits of drone technology. The drone industry is poised for another milestone in the weeks and months ahead as the FAA finalizes its rule-making for remote identification of drones, commonly called remote ID. The process that federal agencies, Congress and industry stakeholders set in motion in 2016 to develop these remote ID standards sets a precedent that can and should be utilized as policymakers tackle the even more complex challenges to come with respect to the regulation of drone activity in America.

The remote ID debate became a model for industry-government collaboration to address drone security concerns. Section 2202 of the FAA Extension, Safety, and Security Act of 2016, which we and our colleagues developed, called on the FAA to “convene industry stakeholders to facilitate the development of consensus standards” for remote ID and develop any subsequent regulations based on those standards. In adopting this legislation, we outlined a clear path for data-driven, risk-based rulemaking for drone activity that was borne out in practice.

For example, the FAA convened a UAS Identification and Tracking Aviation Rulemaking Committee, which tasked a group of 74 industry and government stakeholders with providing recommendations to identify and evaluate remote ID solutions to address the concerns of the national security community. The resulting report, developed through robust discussion and careful analysis, provided the FAA with a deep and thorough evaluation of the options. In addition, “Specification for Remote ID and Tracking” standards were identified by ASTM International through a thoroughly vetted process that advised the government on feasible solutions to the technical challenges of remote ID.

We established the remote ID process in the 2016 FAA extension with the belief that the federal government shouldn’t be developing regulations in a vacuum. We also intended it to be a precedent that could be used to tackle more complex drone policy obstacles in the future.

Unfortunately, Congress now appears to be drifting away from this model. Rather than taking a risk-based approach to develop consensus standards, Congress is barging ahead with proposals that are overly broad and suggesting sweeping bans that have little justification beyond vague claims of security concerns.

Further complicating the equation is the fact that some executive agencies are proceeding with their own broad-based bans on certain drones even as Congress continues to examine the issue. Contradictions and inconsistencies are multiplying as individual federal departments unilaterally adopt their own policies and proposals with a myriad of special carve-outs, exemptions and exceptions. In some cases, overly broad bans have been imposed that are actually hindering the ability of federal agencies to carry out their work. The U.S. Department of the Interior, for instance, reports that its ban has prevented the agency from carrying out controlled burns to help prevent wildfires such as those currently devastating large portions of the western United States.

A haphazard approach to these issues will not make our skies safer. Instead, Congress should look to the 2016 remote ID provision to find a clear model to address and resolve security concerns. First, it should examine and assess all the available information without a predetermined agenda in mind. Then, in consultation with stakeholders both within and outside of the government, it should develop informed and comprehensive security standards that apply equally to all drones, regardless of where they are made or where they source components. A comprehensive, data-driven approach will also allow Congress to address threats to drone security that may originate in countries not covered by current and proposed bans.

Developing risk-based standards informed by examining technology, debating solutions and leveraging the thoughtful work of industry and government stakeholders has proven to be an effective approach to the serious matter of drone security. It’s the approach policymakers should continue to take as Washington crafts policies to ensure that the potential of drone technology is harnessed fully and safely for our economy and our society. We look forward to seeing what the drone industry can accomplish with both remote ID standards and a holistic security framework in place.

Bill Shuster represented the 9th Congressional District of Pennsylvania in Congress from 2001 to 2019 and served as chairman of the U.S. House Transportation and Infrastructure Committee from 2013 to 2019; he currently serves as senior policy adviser for Squire Patton Boggs LLP. Jeff Denham represented the 10th Congressional District of California from 2013 to 2019 and served as a subcommittee chairman on the Transportation and Infrastructure Committee; he currently serves as government affairs counselor at K&L Gates LLP. 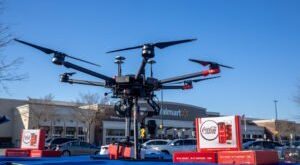 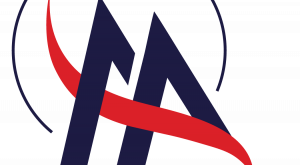 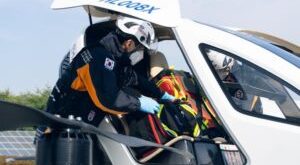