DJI has updated its Mavic series of drones with the launch of the new Mavic 3. The Mavic 3 is a folding camera drone that comes with a dual-camera system that is capable of shooting up to 20MP still images and 4K video at 120 FPS. The DJI Mavic 3 is available at a starting price of $2199 for the standard version.

The Mavic 3 packs a 4/3 CMOS Hasselblad camera with 28x hybrid zoom camera. Here is everything you should know about the DJI Mavic 3.

The DJI Mavic 3 weighs 12.5 grams and comes with omnidirectional obstacle sensors for improved navigation. The drone is said to feature redesigned batteries that are capable of providing up to 46 minutes of flight time as per the company.

“Creating the Mavic 3 was an arduous journey for our engineers who tackled complex technical problems to serve the goal that the Mavic series has always met – build professional-quality imaging and flight technology into a compact consumer drone,” Ferdinand Wolf, Creative Director, DJI Europe said while commenting on the Mavic 3.

The DJI Mavic 3 packs six fish-eye vision sensors and two wide-angle sensors, to sense obstacles in all directions and navigate safely. The Mavic 3 drone also comes with support for GPS, GLONASS, and BeiDou satellites. This enables the device to lock onto multiple satellite signals.

The device comes with safety systems such as geofencing which is said to alert drone pilots when they fly near sensitive locations. The DJI Mavic 3 features DJI’s Return To Home feature, which allows the aircraft to automatically determine the shortest, safest, and energy-efficient route to land back at its home point.

The device also supports DJI Cellular Transmission Dongle, which is an accessory that attaches securely to Mavic 3. The dongle allows Mavic 3 to seamlessly coordinate the O3+ transmission system with 4G networks for a smooth, stable connection when O3+ signals are blocked by buildings, trees, or other structures.

Previous DJI’s Mavic 3 is Here! The Features, Pictures, and More
Next Drone attack on PA substation was first one to target energy… 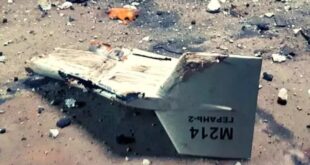 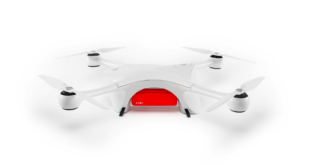