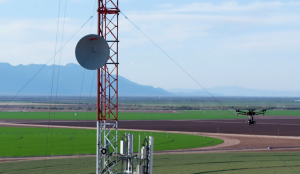 The drone industry is divided over the new FAA Reauthorization Act of 2018.  The repeal of Section 336 leaves some in the recreational sector wondering if the hobby will survive: manufacturers and big industry are all for the changes that the new Act represents.

While the AMA has been vocal in its criticism, other groups have been just as clear with praise – but they may be groups that parts of the drone industry haven’t heard of.  NATE – National Association of Tower Erectors – was one of them, as the press release below indicates.  NATE is a non-profit trade association in the wireless infrastructure industry “providing a unified voice for tower erection, service and maintenance companies,” says the release. “Today the Association boasts 840 member companies located throughout the United States, Australia, Bahamas, Cayman Islands, Canada, China, Ghana, India, Italy, Jamaica, Puerto Rico, Romania, Saudi Arabia, South Africa, Sweden, Trinidad and Tobago and the United Arab Emirates.”

NATE is neither a drone manufacturer nor a software or services provider, but they represent the most important stakeholder of all in the industry: the customer.  Large enterprise customers have made it clear that they approve of the clarity and security that the FAA Reauthorization Act changes provide.

The following is taken from a NATE press release.

NATE … praised the U.S. Senate and U.S. House of Representatives for passing H.R. 302: The FAA Reauthorization Act of 2018. The act, which authorizes federal aviation programs for five years, contains a number of sections and provisions strongly supported by the Association.

In addition to enhancing safety, modernizing airport infrastructure and improving service for customers, the bill includes a comprehensive title designed to promote the safe utilization of unmanned aerial systems (UAS) and outlined how UAS are to be integrated into the National Airspace System.

“NATE and our 840 member companies are “all-in” on the commercial utilization of drones in the wireless and broadcast infrastructure industries and we are pleased with the final product of the FAA reauthorization legislation,” said NATE Director of Legislative & Regulatory Affairs Jim Goldwater.

He added, “The Association commends Congress for enhancing UAS safety by giving the FAA the flexibility needed to appropriately regulate all UAS while implementing remote identification and tracking standards to help counter potentially malicious UAS operations.”  NATE is also happy that this legislation will lead to a process of allowing more commercial operations over people and beyond visual line of sight. These provisions offer the flexibility our dynamic industry needs to get commercial UAS operations to scale and maximize the potential of drones.”

“The FAA act also includes important industry tower marking priorities making it clear that communication towers between 50-200 feet will not have to be marked if they are registered in an FAA location database. NATE has been collaborating for many months with key industry organizations on this specific marking issue and was grateful to see this compromise language become part of the law,” Goldwater said.