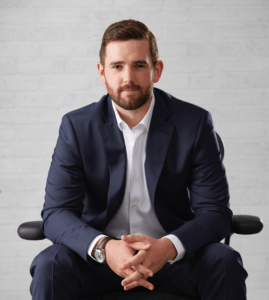 The New Focus on Commercial Drones: Changing the Game for US Drone Companies

Recent political pressure on Chinese-made tech, including drone tech, has had a significant impact on the drone industry.  In Mozer’s view, however, that’s not the primary driver for the resurgence of US drone companies.  Although in the earlier days of the industry US manufacturers like 3DR found it difficult to compete on price with Chinese manufacturing, the game has now changed.

“First, it’s important to segment consumer, commercial, and military drones into three very separate categories when talking about functionality and price,” says Mozer. “Ultimately, although products within all three are referred to as “drones”, they are very different when it comes to technology scope, size, and use case. Foreign companies like DJI have seen immense success in the first category, ‘consumer’, where the functionality set is relatively limited and the prices are low.”

“Where we’re seeing the most growth in these days is the commercial category, which has historically lagged behind the other two due to a number of factors, including regulations and the heightened requirement of autonomy. These challenges, including the higher value propositions and corresponding price tolerance of commercial customers, enable US manufacturers to be more competitive,” says Mozer. 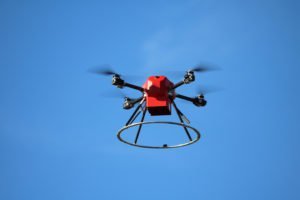 New Innovations are Changing the Market

At least a part of the reason for the rise of US drone companies and the commercial drone sector is that new innovations are enabling ground-breaking waivers from the FAA and new, expanded commercial operations.  American Robotics’ recent win with the FAA to fly without visual observers (VOs) on site represents a significant change in the value proposition for many commercial and industrial applications.

Getting the waiver wasn’t easy.  “For the past hundred years humans have been a constant presence during flight, and ultimately the primary failsafe if anything goes wrong,” says Mozer. “Shifting this responsibility to software and hardware required a series of technology innovations to be developed, tested, and adequately communicated to regulators at the FAA.”

The American Robotics Scout™ has been designed specifically to meet the safety requriements for automated flight, Mozer explains.  “For example, the Scout System™ incorporates multiple novel risk mitigations including proprietary detect-and-avoid (DAA) sensors and algorithms, advanced automated system diagnostics and failsafes, automated pre-flight checks, and automated flight path management. If anything were to deviate from the expected, safe operation plan, our drone systems take immediate action to correct, such as altering its flight course and returning to the base station.

“By developing a layered, redundant system of safety that includes these proprietary technical and operational risk mitigations, we have proven that its drone-based aerial intelligence platform operates safely in the NAS, even when it conducts flights beyond-visual-line-of-sight (BVLOS) of both the operator as well as any humans on-site.” 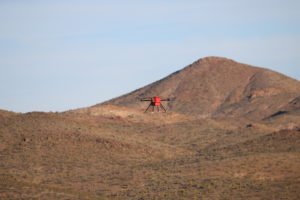 The Impact of Flight Without VOs

“The economics behind paying for a visual observer or pilot on the ground to monitor a drone flight today simply don’t make sense and have significantly hampered commercial users’ ability to justify building out a drone program,” Mozer says. “It’s important to remember that for the vast majority of commercial use cases flying a drone once or twice a year has little to no value. Typically, to see the benefits of drone-based data collection, flights need to be conducted multiple times per day everyday, indefinitely – to cover enough area, survey at a proper resolution, and detect problems when they occur.”

“Today, the average hourly rate of hiring a drone pilot in the U.S. is about $150, and can get as high as $500/ hour.  So overcoming the human costs associated with commercial drone use has been one of the biggest hindrances to the market and has impacted the viability and implementation of this technology on a mass scale.” 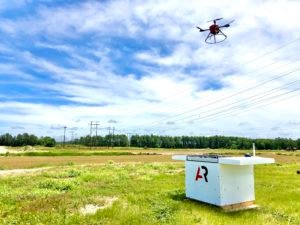 How will this change the demand for drone technology?

“It’s hard to overstate how much we anticipate this to change demand,” says Mozer. “In the commercial sector, we are still just scratching the surface of what’s possible and how this technology will be integrated and scaled. In most cases, the last decade of commercial drone use can be described as a perpetual trial period, where customers repeatedly stop short of investing in wide-scale adoption of drones for the reasons described above.”

“Until humans are no longer required to be part of on-the-ground operations, it’s difficult to make the case for drones in most scenarios. Imagine if every time a logistics robot moved across the warehouse floor, a human had to follow it around keeping their hands on a controller and their eyes fixed.  At the end of the day, our industry’s product is data, not aircraft. With true automation comes the ability to collect a new category of data not previously possible, and as a result a new category of valuable analytics and insights.”