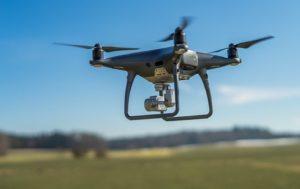 10 Rules for new drone owners in the U.S.

If you got – or gave – a drone this holiday season, there are important rules for new drone flyers to be aware of and follow.  We asked an FAA representative to point out the top 10 items new flyers need to be aware of.

Part of an occasional series, “Things the FAA Wishes More Pilots Knew.”  This article discusses 10 important rules to understand before flying your drone.

This fall, DRONELIFE had the privilege of speaking on a panel with representatives from the FAA.  After some discussion, we decided to collaborate on a series of articles pointing out some of the most common mistakes and misconceptions about drone regulations.  We know that the vast majority of drone pilots make an effort to follow the rules: we’re doing our part by getting the word out on some issues that may be unclear.

See our previous pieces on registering your drone, and flight over people.

The first and most important step, says John Meehan, Aviation Safety Analyst with the FAA, is to determine which rules govern your activity.  FAA Advisory Circulars 91-57B, describing the guidance for operating drones for recreational purposes, and 107-2 can provide more information on whether or not your flight is recreational or commercial.  Remember that the definition of recreational flight is very limited: you are flying for your own enjoyment.  Flying for any other purpose, whether or not any cash changes hands, is generally commercial and falls under Part 107.

Here are 10 more rules for new drone flyers that the FAA wants you to be aware of:

“Also, drone flyers need to be aware that some rules are changing a short time after the Federal Register publishes them,” says Meehan, like flight over people and operations at night.  Change is a constant in the rapidly developing drone industry – subscribe to FAA social media channels and check back to the FAA website frequently to keep on top of updates.  The FAA “Know B4UFly App” is also a valuable resource.