But it’s not all bad news. The data, compiled by the local Economic Development Corporation, also shows big growth in the manufacturing sector, which added 660 jobs from 2015 to 2019. The portrait that emerges from the data, presented to EDC leaders in June, is one of an economy bound to shift significantly across the coming decade alongside the rest of the country.

“(I) really wouldn’t be able to predict what’s happening in retail, but I think we’re in the middle of a change, and how dramatic that is has yet to be determined,” said Keith Lund, the EDC president and CEO. “It’s in no way unique to Grand Forks. It’s a national and global phenomenon.”

The numbers provide important context for not only the steady drumbeat of retail departures in Grand Forks — which has spanned years and claimed a long list of stores — but also for city initiatives that hope to take advantage of a watershed change. The city’s interest in a technology hub at the Herald building is just one example of leaders who, recognizing the shift, hope to get in front of it.

Those changes raise deeper questions about the future of Grand Forks. As the community sheds so many retail jobs, will that hurt its reputation as a destination for regional travelers? The Canadian dollar’s exchange value has long been an important economic barometer at City Hall.

Lund, responding to the Herald’s questions on the future, often demurred, mostly arguing that the future is a difficult thing to predict — but noted that retail isn’t poised to go away. Even if it will be a smaller slice of the community’s economic pie, it’s still expected to be part of it, and for the moment Grand Forks still has a higher-than-average amount of its economy tied up in retail.

And besides retail, perhaps he most dramatic shift in the data is in manufacturing. Between 2013 and 2019, Grand Forks’ “location quotient” for the sector — which measures activity against other regions — grew significantly, even as agribusiness receded.

Grand Forks’ nascent technology sector, rooted in drone flight technology, is also growing quickly. Though Lund notes that it’s a difficult number to pin down — the definition of a job in unmanned flight lacking a clear definition — the Grand Forks region has added about 266 jobs between 2015 and 2019.

It’s a spot of positive community news — especially now, as so much of the economy has been made unstable.

“I’m not sure where the new normal is, and a lot of people are wondering,” Lund said. “But I believe personally that the pandemic has accelerated some of these trends.” 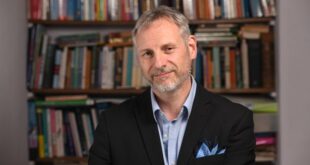