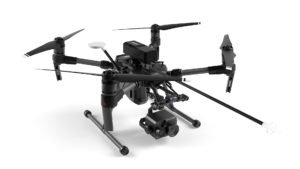 Gas leaks are something that most people don’t think about –  until there is a problem.  For example: the major gas present in “natural gas” fuel, methane, is odorless and colorless, making methane gas detection difficult without special equipment. Methane gas leaks, however, are extremely serious: the gas is not only toxic at some concentrations, it’s also extremely flammable, and can cause explosions.  FLIR’s MUVE C360, a drone-integrated multi-gas detector, is a game-changing technology that could save lives in gas leak incidents.

Gas leaks represent a major public safety risk.  When a possible leak is reported to police or fire personnel, they must respond immediately.   Traditionally, personnel must be suited in appropriate protective gear – a hot, heavy, and burdensome suit – before entering the scene with a hand-held gas monitor.  In addition to the danger of fire or explosion, many gas detectors take some time to move air from the surroundings into the sensing chamber and analyze.  Firefighters or public safety officers may walk into greater concentrations of gas before getting an accurate reading. 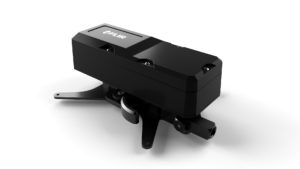 The MUVE C360 is a small multi-gas detector, payload and a probe attached to a commercial drone also equipped with a visual camera for situational awareness.  Using a drone equipped with the MUVE C360, firefighters can determine gas leaks at an incident from a safe distance: and then engage armed with the right equipment and a more accurate understanding of the situation.  At the same time, the visual camera provides 360 degree situational awareness.  It is also possible to determine the source of a significant leak if the drone is equipped with  DJI’s Zenmuse XT2  camera  powered by FLIR thermal imaging.

The MUVE C360 provides faster response times, detection of multiple gasses, and provides a significant safety benefit for public safety personnel.  Rather than risking personnel, FLIR’s multi-gas detector “allows the drone to be first in and last out” of an incident, explained FLIR’s Chris Bainter at a demonstration of the MUVE C360 by the Los Angeles Fire Department last year.

FLIR’s vision is “to save lives and livelihoods,” Bainter said, and the MUVE C360 is a major new tool for public safety personnel.  In the drone industry, FLIR is known for thermal payloads: however, “41% of our business comes from non-thermal equipment,” said Bainter.  “We’re safeguarding people and property, and we’re building products rugged enough to go into the same environments that our first responders go into.”