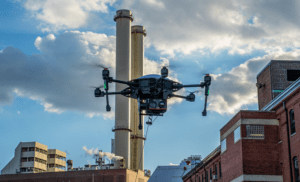 The Albatross is a hexacopter, which the company says is “the most versatile and secure system in its class.” Albatross offers an 8.5 lb payload capacity, a rugged design, and flight endurance – making it an ideal solution for extremely long overwatch or surveillance flights regardless of weather conditions. 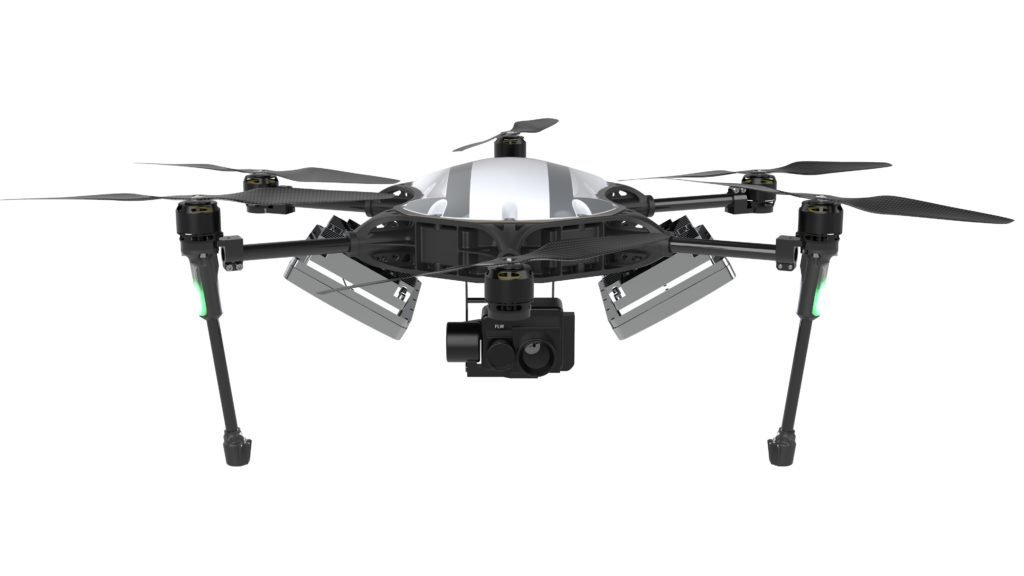 “The Albatross is uniquely designed with three hardpoints. Each side hardpoint has a carrying capacity of up to 4lb, with the bottom hardpoint able to carry payloads of up to 8lb. Side payload stations feature standard mounting as well as Picatinny rails (also known as  MIL-STD-1913 rails and NATO STANAG 4694 military standard rail interface system) that support a wide range of payloads such as floodlights, communications relays, loudspeakers, and a range of cyber-related and other commercial and military electronic systems,” says an Easy Aerial press release.  “The bottom hardpoint is designed for gimbaled cameras or large ISR payloads such as radars and communication jammers. Adding to its versatility, the Albatross offers over 20 EO/IR cameras, including the WIRIS Security and FLIR Duo Pro R cameras.”

“Like all of Easy Aerial’s autonomous, cost-effective Smart Aerial Monitoring Systems, the Albatross combines drone-in-a-box simplicity with military-grade durability,” said Ido Gur, Co-Founder and CEO of Easy Aerial. “As the system can take off and land from a portable, rechargeable enclosure without the need for an on-site operator, it can be remotely deployed and operated from anywhere in the world, including GPS-denied environments.” 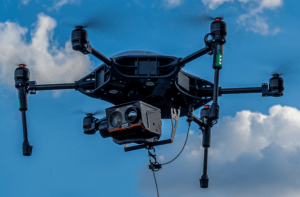 “The synergy between 3D printing and composite materials has set the tone for our latest drone design. The intricate shapes of the printed parts are the ultimate solution to the geometric challenges while the composite materials secure a light and strong structure,” said Omri Dayan, Easy Aerial Chief Drone Designer. “The flat bottom plate and Picatinny rails were designed to allow the simplest integration of any payload with the user experience as the top priority.”

“Easy Aerial solutions are rugged, durable, all-weather capable, and designed to operate in the most inhospitable environments with little to no infrastructure support,” says the press release. “The company’s systems include free-flight (SAMS) and tethered (SAMS-T) autonomous systems that accommodate a variety of sensor payloads. With the ability to deploy anywhere, the systems take off and land from a portable, rechargeable enclosure without the need for on-site human intervention.”