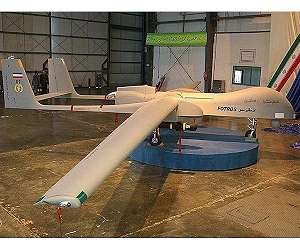 The U.S. Air Force announced Tuesday that it has relocated about 90 service members and an unspecified number of MQ-9 Reaper drones to Romania’s Campia Turzii Air Base.

“The forward and ready positioning of our MQ-9s at this key strategic location reassures our allies and partners, while also sending a message to our adversaries, that we can quickly respond to any emergent threat,” Gen. Jeff Harrigian, the United States Air Forces in Europe and Air Forces Africa commander, said in a U.S. European Command press release.

The MQ-9s will operate under the 31st Expeditionary Operations Group until the squadron is fully operational, and the units will be subordinate to the 31st Fighter Wing at Aviano Air Base in Italy, the Air Force said.

In October, then-Defense Secretary Mark Esper said the 12,000 soldiers scheduled to be transferred from their stations in Germany would likely stay in northern Europe as a deterrent against Russian forces.

“You don’t need to be Napoleon or MacArthur to look at the map and realize that the further east you are, the more reassurance you can provide for those allies and partners on the frontlines, whether it’s — in the northeast it’s the Baltic states, Poland just due east of Germany, or in Bulgaria and Romania in the southeast along the Black Sea,” Esper said at the time.


Iran’s army is set to hold a “joint and large-scale” drone drill with its different divisions primarily in central Iran on Tuesday, the state news agency IRNA reported.

The two-day drill will involve “hundreds of operational drones of the army’s ground, air and navy forces in the general area of Semnan (province) and different parts” of the country, IRNA said on Monday.