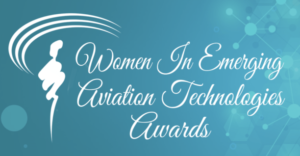 Women and Drones has announced the launch of its sixth annual Global Awards, recognizing the women and companies that are driving change and advancing female participation in the uncrewed aviation industry. Today, the program began accepting nominations for the program, which will be open until October 25th.

For the second year in a row, the awards will be held at CES 2023, the world’s premier technology event, in Las Vegas, Nevada. This year, the program has been rebranded the Women in Emerging Aviation Technologies Awards in order to reflect a shift in focus towards recognizing individuals and companies throughout the broader emerging aviation technologies system. Outside of drones and Uncrewed Aerial Systems (UAS), the field of emerging aviation also includes electric vertical take-off and landing (eVTOL) vehicles and Advanced Air Mobility (AAM).

Among the company categories are the Innovation – Emerging Aviation Technologies Award and The Spotlight on Drones for Good Award, which recognizes companies, agencies, and organizations promoting diversity and inclusiveness that feature women in key roles and/or leadership positions.

This year’s program will also see the debut of two new awards: Top Companies for Women in Emerging Aviation Technologies, and The Hall of Fame, honoring accomplished women in the industry. Both of these awards are expected to recognize multiple honorees.  Check out the Women and Drones website, and nominate the women you respect most in the industry!

Read more about Women and Drones: