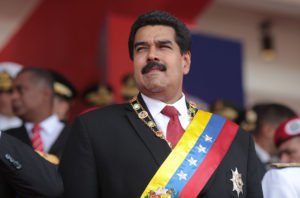 News and Commentary.  The drone news this week has been dominated by headlines about the purported assassination attempt on Venezuelan president Nicolas Maduro.  The timing couldn’t be worse for the drone industry.

I use the word “purported” in an effort (probably in vain) to indicate that there is still some level of doubt about what happened.  That’s not because I am blind to any of the risks, dangers, and downsides that drones pose.  It’s because after several years of writing about them – and making embarrassing mistakes, like that so-called near miss in Britain that turned out to be a plastic bag – I’ve become a skeptic about media reports of rogue drones.  In this case, varied reports and political motivations mean, as our international writer Malek Murison says, “We just don’t know what to believe.”

If we – supporters, stakeholders, defenders of the drone industry – don’t know what to believe, not many others seem to have that problem.  Here’s a selection of headlines:

These are by no means all of the headlines – nor are they necessarily the worst.  The consensus is clear: drones are dangerous.  Be very afraid.

I am, in fact, very afraid.  Not, frankly, of a drone attack on myself, my family, or my representatives in government.  Regulations that severely restrict commercial drone applications; regulations against the recreational drone sector, which I believe supports and feeds the commercial industry; and most importantly, increased fear and suspicion of drones by people in my community: these are all things that I am very afraid will result from this event and the subsequent media coverage.

It’s all about the timing.

It’s bad timing all around.  The drone industry is at an early stage.  It isn’t well known enough to have garnered enough support from the public to counteract naysayers.  Not enough people use drones or understand their benefits to affect legislation. Not enough large enterprise, Fortune 500 businesses consider drones to be “business critical” and worth defending.

When a car is used to commit a terrorist act, nobody says that cars should be more heavily regulated: the automotive industry is too entrenched in our culture to be vulnerable in that way.  Lawmakers have found it difficult to change policies in firearms – it’s an established industry, with powerful forces leading the conversation.  Drones enjoy no such protection.

The timing particularly in the U.S. couldn’t be worse.  Anyone who sat in on the hearing over the “Preventing Emerging Threats Act,” which would grant Homeland Security the right to disable drones deemed a threat, knows that the discussion points about the benefits and dangers of drones ran at a ratio of about 1:1000.  Each speaker gave the requisite two sentences about economic benefits, followed up by a long list of the potential disasters.  This discussion has taken place on several occasions in Washington – lawmakers are heavily immersed in the security dangers of drones.  (S. 2836, the Preventing Emerging Threats Act is still in the Senate – follow along here.)

This is the atmosphere for lawmakers as they negotiate the drone related amendments attached to the current FAA Reauthorization Act.  Some amendments could severely limit FAA preemption, making it easier for states to severely limit drones: new ones will possibly appear as a result of this event.

The recent proposed universal tort law is another case in point – it seems to make sense in an atmosphere of fear to say that the space over your own house is sacrosanct.  The concept of aerial trespass, however, could easily become a severe problem for the commercial drone industry.

With so many drone regulations in play right now – attached to other packages which have priority- it’s a terrible time for a flurry of assassination headlines.

One section of the industry, at least, is doing everything they can.  Within a day of the event, my inbox was full of statements and quotes from the counter-drone or drone security industry.  While at first glance the counter-drone industry benefits from drone scares, that’s not really true: the entire industry rises or falls together.  After all, if there are no drones in the air, there is no need for systems to secure specific areas.

These companies and systems may be the best hope that the industry has of avoiding crushing regulations.  If lawmakers can be convinced that technology solutions are available to mitigate the inherent risk of misuse of drones, they may hold off on simply limiting availability.  If counter drone technology becomes a standard tool to protect presidents and lawmakers, the risk of criminal use of a drone may become equivalent to the risk associated with the criminal use of a car, or anything else that criminals can and will think of to use.

Some of these companies are on the committees advising the FAA and lawmakers on regulation – hopefully they will be consulted quickly on what can be done outside of regulations to mitigate any risks to government leaders, citizens, and assets.

In the meantime, we’ll keep telling as many Drones for Good stories as we can come up with.  We’ll keep writing about the cool technology, the economic benefits, and the lifesaving applications.  We’ll keep doing everything we can to spread the word about why we believe in drones.   It’s up to everyone in the industry to promote the “culture of safety” and responsibility that will counter a very real drone threat – the threat of industry-crushing regulations.

Share
Previous Amit Ganjoo of ANRA: There are Now 100,000 Certified Remote …
Next Drones are Becoming a Filmmaker’s Tool 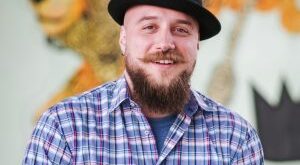 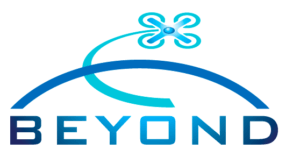 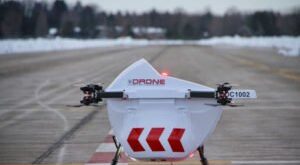 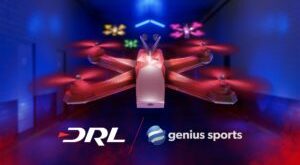