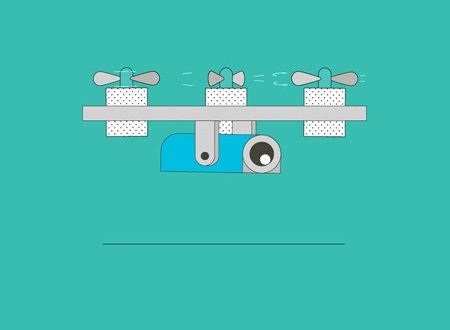 Uber Eats Hopes Drones Can Lift It to Profitability

Come next summer, the most remarkable thing about your home-delivered late-night California burrito won’t be the French fries inside. It’ll be that the San Diego speciality made part of its journey by drone, as part of a scheme to pull Uber’s food-delivery business financials out of a nosedive.

At Forbes’ Under 30 Summit in Detroit on Monday, Uber Elevate lead Eric Allison unveiled the drone poised to do the heavy lifting. With six rotors that change position to allow vertical takeoffs and landings as well as more efficient level flight for cruising, it has a range of 18 miles, can stay aloft for 18 minutes, and can carry enough food to feed two adults, Uber says. Uber didn’t disclose who designed the drone or who will manufacture it. For its flying car Elevate scheme, it is working with partners like Bell, Embraer, and Aurora Flight Sciences, but those companies don’t make aircraft sized for package delivery. Uber says the drone should make its first flight by the end of the year and begin testing in San Diego next summer.

Want the latest news on drones in your inbox? Sign up here!

While Alphabet’s X spinout Wing is sending its drones into customer yards with their Walgreens orders in Virginia, Uber’s flyers won’t be going as far. Instead, Uber says they will fly orders from restaurants (whose employees will load them) to “staging areas,” strategic points where an Uber Eats driver will take the payload and finish the delivery to the hungry customer. That lets Uber focus on flying a fixed number of routes and avoid worrying about how to safely land in every customer’s yard, driveway, or deck, limiting the complication of the operation.

The idea, then, isn’t to replace human drivers: Even Uber’s longterm plans call for drones to drop food into some sort of case atop a human-operated car. It’s to make the process of moving meals more efficient. “We don’t need to get the drone direct to our customers or consumers,” Uber flight operations lead Luke Fischer said at Uber’s Elevate conference in June. “We just have to get it close enough.”

The details of getting “close enough” remain scant; an Uber spokesperson didn’t reply to questions about how Uber expects the drones to smooth its logistics or where they might be especially useful.

What is clear is that Uber will welcome any way to make Eats, which launched in 2015, a more effective part of its business. As ride-hail growth has plateaued in recent years, the food venture has grown like a prize-winning pumpkin. It made $595 million in revenue in the second quarter of this year, a 72 percent rise over the same period in 2018. (The ride-hail business, btw, reported about $2.3 billion in revenue in the second quarter.) Eats connects users with some 320,000 restaurants, and CEO Dara Khosrowshahi has said he wants it to expand to deliver groceries and other goods. Accordingly, Eats’ importance to Uber has grown: It accounted for 19 percent of revenue in the second quarter, up from 13 percent for all of 2018 and 3 percent in 2016.

But as with ride-hail, Uber spends more on Eats than it makes. In an August report, investment firm Cowan estimated that the tech giant loses $3.36 on every Eats order, and that the business won’t generate a profit through 2024. Payments to drivers are a big part of the problem: In the second quarter, Uber gave them $253 million more than it made from their delivery fees, a difference largely explained by the incentives Uber uses to recruit and retain carriers. It doled out another $5 million in referral payments.