Tech Savvy: Drones to the rescue

Drones were originally used in military applications in situations deemed too dangerous for humans, but they are growing in popularity and deployed for other purposes such as policing, surveillance, product deliveries and aerial photography, just to name a few.

Crow Wing County’s drone program has been up and running for almost two years, according to Emergency Management Director John Bowen, who gave an update last month to the county board at a committee of the whole informational meeting.

“We currently have 12 pilots that are trained … and we’ve done over 40 missions, at least, since the first of last year, over 30 since July 1,” Bowen said.

“I can’t believe all the missions that we’ve done, from parades to community celebrations, like St. Patrick’s Day in Crosslake and Fourth of July in Brainerd. We did some stuff for (Minnesota) state patrol and BIR (Brainerd International Raceway) to see how they set their traffic controls for the (Lucas Oil NHRA) Nationals.”

The county has two small drones, which retail for about $850 at Costco, and two larger ones that retail, with the additional equipment on them, about $30,000 each, according to Bowen. That equipment includes, for example, a $10,000 infrared camera to detect heat, such as body heat or fires.

“It’s wonderful technology. We learned this summer—we’ve had a couple of drownings this last summer—that even for over-sights of the scene, we found out we can actually see about 10 to 12 feet in the water when it’s calm without a polarized lens on it,” Bowen said.

Sheriff Scott Goddard said, “The crash recons, the state patrol and our local crashes, where we always need photographs, just to have that aerial view versus us standing at an intersection taking the pictures completely tells the story 10 times better.”

The commercial growth of the U.S. drone industry has skyrocketed—no pun intended—from $40 million in 2012 to more than a $1 billion in 2017, according to a 2017 study by McKinsey & Co., due, in no small part, to non-military applications, such as agriculture or recreation.

“We were joking the other day, who would’ve ever thought we’d have computers in the cars from when I started,” Goddard said. “I can see the day where on virtually every call—say there’s 15, 20, 50 drones across the county—they are remotely sent out as soon as the call comes in. They are remotely sent to that location. They’ll beat us there. I could see the day where that could happen.”

For example, a Netherlands university came up with an “ambulance drone,” which can reach victims in remote areas quicker than, say, paramedics. Designed with video and two-way audio communication ability, the drone would relay first-aid instructions to somebody who is nearby.

“We’ve had missing persons. We’ve had people who have taken off into the woods. We’ve had structural fires,” Bowen said of the county’s use of drones. Drones are controlled remotely by a person or are totally autonomous and do not require human involvement in its operation.

Five Crosslake businesses housed in the Pineberry Plaza in Crosslake were without a home after a fire on June 29. The flames started in the lower level of the building that sits on County Highway 66 across from Zorbaz.

“The guys flew by it one last time, and they noticed a hotspot in the roof that they didn’t see earlier, and the fire department was getting ready to leave, and it had actually burned up a sewer vent up in through the attic, and so the firefighters went back and put it out,” Bowen said.

“So they are starting to do a lot more fires in a lot more communities with fire departments. We’ve done water exercises, some of them were with Ideal Fire (Department) up at Lower Hay Lake where we actually deployed a personal flotation device,” Bowen said.

“They had ‘victims’ out in the water, and we actually flew from the access out and dropped the flotation device right in her hand. … And that’s something I tell my pilots is … we got a lot of guys and gals out there ice fishing when there’s not a lot of ice.”

The drone team members are required to train monthly with the equipment and meet every other month as a team. The pilots must pass a test administered in Aitkin that runs between $150 to $180, according to Bowen.

“They can train together whenever their schedules allow. We have officers that work at night who are on the team, we have firemen that work during the day, so it works out pretty good. They communicate pretty well together,” Bowen said. “We’ve attended meetings in west-central Minnesota and northeast, and with our procedures we’ve done, people are looking to us to help get their program up and running.” 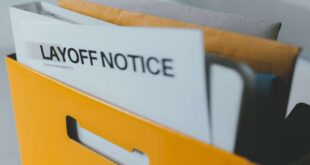