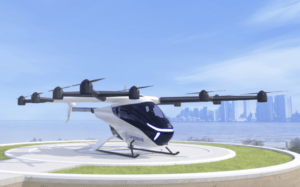 The round was conducted through a third-party allotment of new shares and bank loans to 13 companies. The company is currently developing the two-seated SkyDrive SD-05, with the goal of launching an air taxi service in the Osaka Bay area during the Osaka Expo in 2025.

“Since the completion of Round B Financing two years ago, the world has seen a dramatic increase in the movement toward the full-scale realization of New Air Mobility including business drones, and SkyDrive has also been promoting the full-scale launch of its cargo drone business and the development of its commercial vehicle, the SD-05,” said Skydrive Inc. CEO Tomohiro Fukuzawa. “We are very grateful for the new financing and the opportunity to announce a capital alliance with those closely involved in our business.” 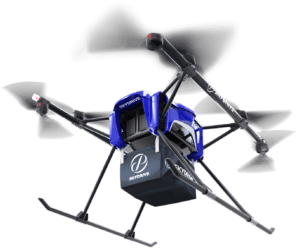 SkyDrive completed the Series B Round in September 2020, took part in the “Osaka Round Table for the Social Implementation of the Air Mobility Revolution” since its inception in November 2020, and signed a collaboration agreement with Osaka Prefecture and Osaka City for the realization of flying cars in September 2021. Japan’s first application for Type Certification of flying cars was accepted by the Ministry of Land, Infrastructure, Transport and Tourism (MLIT) in October 2021.

Last January, SkyDrive held an exhibit at CES 2022, and was named as “Reuters’ Best of CES 30” and the first Japanese startup to be chosen as “KEY TRENDS AT CES 2022”. SkyDrive also collaborated with the Japan Civil Aviation Bureau (JCAB) of the MLIT for the establishment of the Certification Basis for Type Certification based on the “JCAB Airworthiness Inspection Manual (AIM) ” this past March.

“We are having various discussions with the Kansai Electric Power Company Inc., Kintetsu Group Holdings, Inc. and Resona Group to start business mainly in the Kansai area. We are collaborating with SCSK Corporation on software development, and with Suzuki Motor Corporation on mass production and potential sales in India and other parts of Asia,” said Fukuzawa. “We are currently studying with Sompo Japan Insurance Inc. and Tokio Marine Holdings, Inc. on insurance to ensure safety and security, and Toyoda Iron Works Co.,Ltd., Nippon Kayaku Co., Ltd., and NHK Spring Co., Ltd. are cooperating with us in the development of the entire mobility, with a focus on parts. In the field of finance, Sumitomo Mitsui Trust Bank, Limited, and MUFG Bank, Ltd. are supporting us, and Pegasus Tech Ventures, Inc. is helping us as a Venture Capital firm connecting Japan and the rest of the world.”

SkyDrive signed an agreement with Toyota City in June 2021 to promote the adoption of drones, became the first Japanese drone manufacturer to receive JIS Q 9100:2016 certification for Quality Management System in the aerospace and defense field in November 2021, and started introducing its drones to an electric power company this past August.