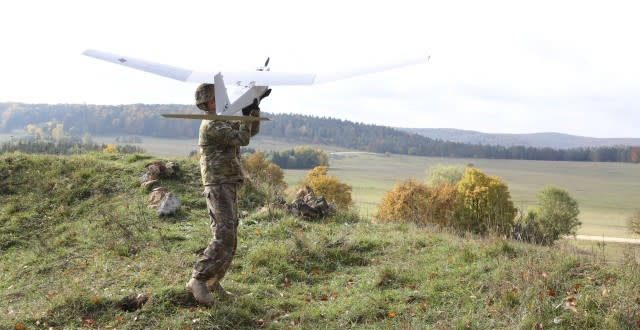 The realm of autonomous vehicle development has made great strides and is now poised to make what was previously considered science fiction a reality. The U.S. military is getting ready to deploy autonomous air vehicles that are able to morph shape mid-flight. This shape-shifting ability gives such craft greater versatility during flight. For instance, because flight conditions are highly changeable, an aircraft’s ability to expand or contract its wings during flight could make it faster or more efficient.

A study was published by the U.S. Army’s Combat Capabilities Development Command’s Army Research Laboratory and Texas A&M University on fluid-structure interaction that ultimately led to a new tool that can “rapidly optimize the structural configuration for future vertical lift vehicles while properly accounting for the interaction between air and the structure.” Fluid-structure interactions involve moveable components that are immersed within liquid or gaseous surroundings, as is the case with an aircraft or submarine, for example. Future vertical lift vehicles comprise a family of new military aircraft designed to replace older generations and are targeted for development within the next year using results from the recent study.

“Consider an [intelligence, surveillance and reconnaissance] mission where the vehicle needs to get quickly to station, or dash, and then attempt to stay on station for as long as possible, or loiter,” said Dr. Francis Phillips, an aerospace engineer at the army’s laboratory. “During dash segments, short wings are desirable in order to go fast and be more maneuverable, but for loiter segments, long wings are desirable in order to enable low-power, high-endurance flight.”

With the shape-shifting or morphing of vehicles, a balance needs to be struck between the rigidity of a component necessary to maintain structural integrity and flexibility needed to allow for the structural change.

“If the wing bends too much, then the theoretical benefits of the morphing could be negated and also lead to control issues and instabilities,” Phillips said.

The analysis required for development of shape-shifting vehicles is generally very high. The coupling of any given fluid and any given structural configuration during the analysis requires a high level of computation. The research team overcame this by decoupling the fluid and structures so that additional structural configurations could be analyzed without having to reanalyze the fluid. This means that shape-shifting vehicles could be developed in much shorter time frames than in the past.

NASA is also at the forefront of shape-shifting technologies. A Shapeshifter team at NASA’s Jet Propulsion Laboratory has been testing a 3D-printed prototype for a miniature robot that could potentially explore other planets by being able to morph between a robot that can fly, float or swim. Similar to the army’s craft, the NASA prototype is described as a drone but with functionality to traverse diverse surroundings. The team is working on a series of 12 robots that could explore the dangerous and unpredictable landscapes of other planets. JPL Principal Investigator Ali Agha sees Saturn’s moon Titan, which has methane lakes, rivers and seas, as a possible destination for the prototype craft.

“We have very limited information about the composition of the surface,” Agha said. “Rocky terrain, methane lakes, cryovolcanoes—we potentially have all of these, but we don’t know for certain. So, we thought about how to create a system that is versatile and capable of traversing different types of terrain but also compact enough to launch on a rocket.”

The NASA Shapeshifter would be comprised of several smaller robots called cobots that would each have a small propeller and could move independently of one another over different areas or come together into one sphere to roll on flat terrain. The robot is still in the conceptual development phase. It’s unclear when it will be ready for space exploration. The next mission to Titan is scheduled to launch in 2026. 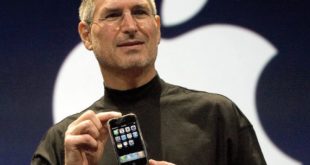