Recently, the Legislature approved $28 million for a sensor system to allow beyond visual line of sight (BVLOS) drone operations, $2 million for the Northern Plains Unmanned Aircraft Systems Test Site in Grand Forks, and $3 million to upgrade infrastructure at the Grand Sky UAS business and aviation park at the Grand Forks Air Force Base.

“North Dakota is open for business,” Burgum said, and is “committed to building out the infrastructure,” for the UAS industry.

North Dakota is “the epicenter of drone innovation in the United States,” said David Short, the U.S. deputy assistant secretary of transportation.

Short predicted Americans will see more innovations in transportation in the next five years than has been seen in the last 50, thanks to drones. But that will require addressing safety, security and privacy issues.

“We are well on the way, but we know these numbers will be dwarfed by the numbers we’re going to be seeing next year (and) five years down the road,” Short said.

North Dakota is the “most active,” of the drone test sites, but testing is also being done in Alaska, California, Nevada, Kansas, Oklahoma, Tennessee, Virginia and North Carolina.

In North Dakota, energy distribution lines are being inspected. In Memphis, Tenn., drones are being used to inspect FedEx aircraft for damage.

In Oklahoma drones are used to bait traps to catch feral hogs in remote areas, while in Kansas, drones help determine areas on large farms that need more irrigation and pest control.

In the San Diego area, McDonald’s use drones deliver food, while in nearby Chula Vista, they are used as first responders, arriving on the scene of accidents or altercations within a couple minutes.

In Virginia, drones are used to survey damage following hurricanes, in areas that are inaccessible. And in North Carolina and Nevada, medical transport drones get donated kidneys to recipients much quicker than transporting through traffic.

Sen. John Hoeven, R-N.D., said tech entrepreneurship “is the third wave of economic growth in North Dakota, no doubt about it.”

Grand Forks is now the lead base for all Global Hawk drones in the United States Air Force, Hoeven said. And the state’s Air National Guard flies Predator and Reaper drones.

The state has also seen a lot of firsts in the use of UAVs, he said, including the first night flight and the first BVLOS flight without a chase aircraft.

“This is a horse race. Every day, someone is trying to get ahead of us,” Hoeven said.

The state is now working to expand its UAS Super Corridor for unmanned flights, which includes installation of a special radar system at Fargo’s Hector International Airport by this fall, which will allow unmanned flights from the state’s northern border to the Fargo area.

Currently, such flights are being made from the northern border to the Hillsboro, N.D., area.

“It’s a pretty good sales pitch to aviation companies,” Hoeven said. “We have the technology in place and the approvals from the FAA (Federal Aviation Administration).”

Switick said “the technology is right on the verge of doing great things,” but that drone firms need to stop thinking like technologists, and more like entrepreneurs.

Rather than falling in love with the technologies they’re creating, they need to give some of that love to their customers.

The economics of the market will drive the success of the drone industry if they do that, Switick said.

“We’re right on the verge of making this thing go exponential,” Switick said.

Companies Set to Pitch to Panel of Investors at UAS Summit &… 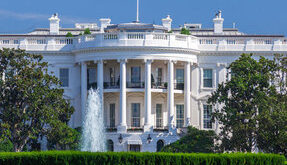