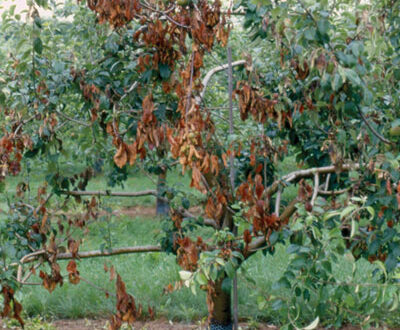 It’s going to be a while before drone fleets deliver packages en-masse in urban areas, but with 5G networks that improve their capabilities, they are gaining interest with industries in rural areas like farming. Moreover, drones can also improve the quality of life for those who reside in segregated small population centres.

Farming’s pursuit to improve efficiency has given rise to precision farming. As its name implies, precision farming relies on early detection, narrowing the scope of the problem, and addressing it with the least amount of resources.

InDro Robotics, a Canadian-based drone maker, is looking to help run the future farms. IT World Canada had a chance to speak with InDro Robotics to discuss the state of drone technology in agriculture and beyond.

For farmers, detecting plant stress is a priority. The sooner the detection, the sooner the problem can be addressed.

But relying on humans to detect crop anomalies has grown cumbersome. According to the National Farmers Union, the average size of farms in Ontario has more than doubled between 1921 and 2006, expanding from 114 acres to 233 acres. As the size expands, combing through the fields has become a challenge.

Catching a problem early impacts a farmer’s bottom line. Finding pests early means fewer pesticides are needed to remove them, and finding unfertile soil patches can save the crops. With a manifold of benefits, precision farming translates to higher yields and more profitability.

“It’s about the speed of response,” said Philip Reece, chief executive officer of InDro Robotics. “Which means if you’re working with something like fire blight, a pest that lots of the fruit trees get, the quicker you can catch that, the quicker you can treat it…By the time the farmer could see the red on the canopy of the plant, it’s already infected at least 20 trees around it. So if you can catch it quicker with the drone, process the data and then treat that plant, you’ve saved the whole orchard.”

Many farms already employ Internet-of-Things (IoT) sensors to maintain the land. Although conventional IoT and 4G networks have done well in connecting these sensors, 5G raises the bar even higher. The most common sensor types — image sensors, fluorescence image sensors, sound sensors, and gas sensors — can benefit from 5G. These features are even more important for drones, which need near-instant latency and high-quality video feeds to function.

Reece explained that due to 5G’s lower latency, the pilots are no longer confined to the fields. The farmer only needs to release the drone and let an operator control it from hundreds of kilometres away. In addition, 5G’s bandwidth enables higher video streams, which lowers the error rate.

By having trained operators ready on standby, it lowers the barrier of entry for farmers by removing some need for specialized training.

On its website, InDro Robotics said that the B.C. Ministry of Agriculture is exploring the viability of drones for the province’s agriculture sector.

In their current state, drones are best suited to detect anomalies based on image data. Farmers still rely on IoT sensors to detect problems under the flower, near the soil. With that said, drones can help these sensors triangulate a problem quicker by serving as early detectors.

It shouldn’t come as a surprise, then, to learn that drones have made new discoveries in plant and pest detection.

“We really found results we weren’t expecting,” said Reece. “There’s the fire blight or what have you, but when you go back to look at that tree in earlier iterations, and the red completely disappears. And then you think: ‘okay, we can still see some tails of it’. But when you go back even weeks earlier, you start to see new telltale signs that people hadn’t even associated with fire blight. Now, we can catch it almost as soon as it starts to stress the plant, we could catch it and freeze it, which means less pesticides, less water use and better crop yield.”

When asked whether the cost of drones will deter farmers from investing and whether the solution is feasible in developing countries, Reece said that it’s not the cost of the drones that’s an issue, it’s the need for a robust network they fly on. Without a solid network backbone, farmers would need to build their own infrastructure and move the pilots back to the farms.

“You can move the pilot back into the field and the drones are still smart–they’re just not as smart,” said Reece, noting the need for Canada’s continued investment in its 5G networks.

Other than technological barriers, invisible red tapes present their own set of challenges. During the pandemic, InDro Robotics has been using its drones to deliver PPE gear to the health clinic of Penelakut, an intimate island town in British Columbia. Jeremiah Isaksen, a registered nurse at the clinic, told the publication that most of the restrictions come from contested airspace for the water port and vertical planes.

Penelakut is currently using drones to deliver lab samples and in search and rescue missions. Isaksen says that bigger drones that can transport humans are in the works.

While Penelakut’s drone problems don’t apply directly to agriculture, Neel Dayal, director of innovation and partnerships at Rogers, confirmed Iseksen’s sentiment that traffic management will need to be a top consideration. When the drones move out of line-of-sight, they assume an autonomous, pre-programmed flight path and almost relies entirely on the network and their air safety software.

“We believe that there’s an element of traffic management that needs to occur,” said Dayal. “When you don’t have a pilot, the network becomes the pilot. And, the network needs to navigate a lot of the contention in the airspace and ensure that it’s taking the optimal flight path. So there’s a big aspect of the network really acting like the pilot in that environment.”

Rogers is partnering with the University of British Columbia and InDro Robotics to develop 5G technologies. In November 2019, Rogers and UBC announced a multi-million dollar 5G smart campus. The campus has been used to test the developed technologies, such as InDro Robotic’s drones. In total, Dayal said there are 13 5G-related projects ongoing at UBC.

Finally, there’s the persistent talk surrounding regulation and standards. As with all emerging technology, Reece said the industry needs to agree on a viable standard.

“Because this is a burgeoning industry, it needs investors, not just money investors, but technology investors,” added Reece. “It needs people like Rogers, and Ericsson and Nokia, to put the infrastructure together that drones can fly on. And they won’t do that until they see that we put a stable grounding.

“To get a stable grounding, you need approved regulations, you need standards that we can all work to, and you need the ability to get up to that standard to be a roadmap for how all operators can get there.”

But Reece also underscored that the standards need to be designed thoughtfully for them to be applicable. Fortunately, Reece said that North America has “good, solid standards built on research.”

InDro Robotics works as a technical advisor to Transport Canada and other government agencies by providing policy input and training various Transport Canada Inspectors on the use and operation of drones.

In December of 2020, Latvia welcomed its first-ever gift delivery completed by a drone. …